As Terror Recedes, Tourism in Pakistan Starts to Thrive 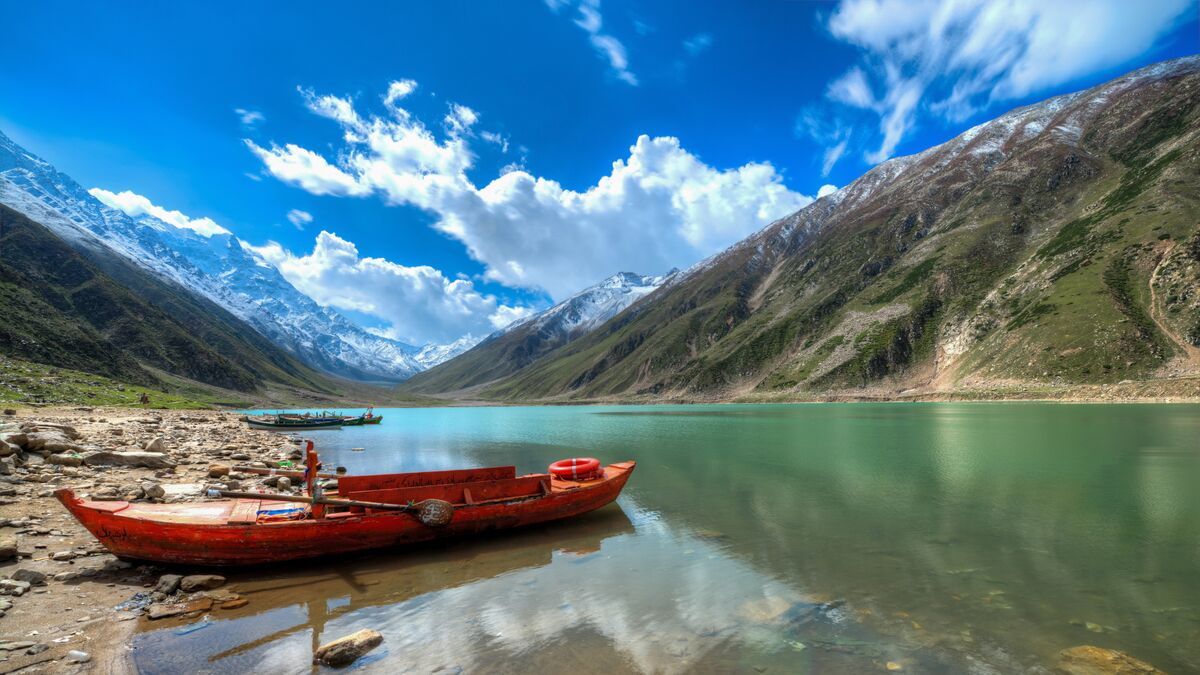 After a bone-jarring mountain journey, Alan Cameron surveys the snow-capped peaks of Pakistan?s north near the Saiful Maluk lake. ?It?s beautiful — well worth the effort,? said the 34-year-old Canadian holidaying in a country better known for terrorism than tourism.

Taking a break from his job as an analyst at Jefferies in London, Cameron?s vacation last month underscores the rekindling of Pakistan?s tourism industry after a sustained military security crack-down, with annual arrivals more than tripling since 2013.

Keen to shed the image that it?s unsafe for visitors, Pakistan has begun a nascent tourism drive and this summer placed adverts across the sides of London?s iconic red buses. Road infrastructure has also been boosted across key holiday regions.

Since the 2014 massacre of more than 100 children at a military school, the army has neutered some insurgent groups and political militias. Tourists are now returning to areas such as the Swat Valley, a northern region known as the Switzerland of Pakistan that was controlled by the Taliban between 2007 and 2009 and where Nobel prize winner Malala Yousafzai was shot in 2012.

As security improves, annual tourist arrivals to Pakistan have more than tripled since 2013 to 1.75 million last year, while domestic travelers rose 30 percent to 38.3 million, according to the state-owned?Pakistan Tourism Development Corp.?Over the same period, foreign tourist arrivals in the country?s larger neighbor, India, jumped from 6.97 million in?2013?to 8.8 million in?2016, government figures show.

The?World Travel and Tourism Council?puts the total contribution of tourism to Pakistan?s economy at $19.4 billion last year or 6.9 percent of gross domestic product. In a decade, the WTTC expects that to rise to $36.1 billion.

Jonny Bealby, the managing director of?Wild Frontiers Adventure Travel Ltd., a London-based?operator?that has run trips to Pakistan for two decades, said his tours to the South Asian nation are up 60 percent from last year.

Along with security, Bealby said the main improvement in Pakistan has been infrastructure. ?The roads have improved immeasurably reducing journey times.??

?It?s hard to get visas — it?s not easy and it?s not cheap,?? she said in an interview in Karachi.

Likewise, for many foreigners getting a Pakistan visa is expensive and bureaucratic, said Ayesha Siddiqa, a research associate at the School of Oriental and African Studies in London and author of books on Pakistan?s military.

?A lot of people go to India because it publicizes itself as a tourist destination,?? Siddiqa said. ?It?s much more accessible.??

The government is considering expanding the visa-on-arrival service beyond the current 16 countries, said Mukhatar Ali, a spokesman for the Pakistan tourism agency, without specifying which ones.

Meanwhile, resort spots like the northern town of Naran are buzzing with construction work, while hotels and restaurants enjoy a healthy trade from Pakistani holiday makers.

Even in Karachi, the turbulent port city known more for gang and political violence, tourism in and around the city has taken hold.

The?Super Savari Express?pioneered the colorful bus sightseeing tours in the Karachi in 2015 and wants to expend with regular trips around Lahore and Islamabad next year, according to Jehanzeb Salim, head of operations. ?It?s about breaking mental barriers,?? he said.
? With assistance by Kamran Haider, Faseeh Mangi, and Iain Marlow
Source : bloomberg.com

One thought on “As Terror Recedes, Tourism in Pakistan Starts to Thrive”