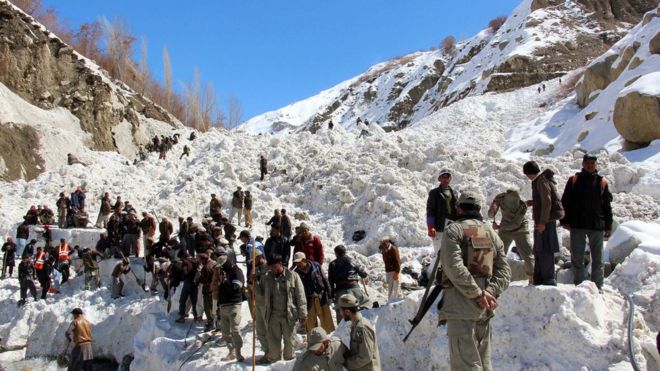 Chitral — As a result of the unprecedented snowfall all along the main Chitral valley, a village in Karimabad sub valley namely Shershal has been hit by?an avalanche. The village housed around a dozen families in as many house holds. As per latest reports all nine bodies were recovered and four injured were retrieved from under the snow.?There are unconfirmed reports of large scale damage to property and livestock in specially upper and remote parts of Chitral district ..CN report, 05 Jan 2017