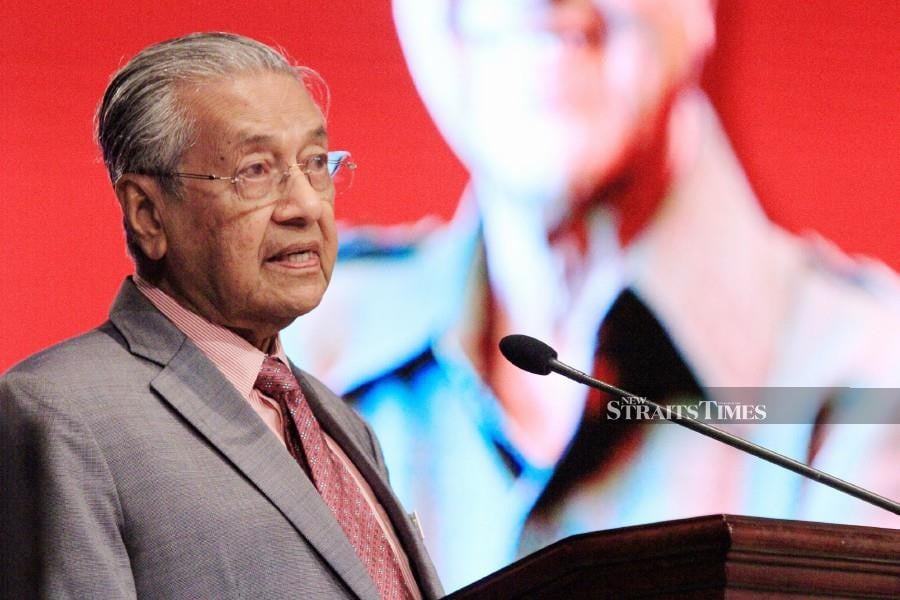 ?We often emphasise the demands of the religion to engage in mandatory practices and refrain from prohibited activities.

?Unfortunately, we are unaware of or choose not to take seriously how sinful we are if we are involved in corruption and abuse of power for self-interest.

?So much so that integrity, for us, is not a demand of Islam and we are not embarrassed when committing it (corruption) and, even if we do, it is not seen as something despicable,? said the Prime Minister when addressing Kedah civil servants at Wisma Darul Aman here.

The Prime Minister also reminded civil servants to discard the materialistic mentality, the easy way out and the desire to get rich quickly, saying this can lead to corruption, malpractices and abuse of power.

Dr Mahathir said people should also be aware of the dangers of corruption with regards to the nation’s integrity and progress.

He said apart from all the efforts taken as well as the programmes and regulations undertaken to curb bribery and abuse of power, awareness was also a key factor in addressing the ‘disease’.

“History shows how the great and glorious Islamic empires fell and were destroyed, not because of the actions of Islam?s enemies but it began with abuse of power and corruption,” he said.

Dr Mahathir said all parties need to re-look at the value system and the awareness created by Islam and universal values.

“Without this awareness, we will continue to commit corruption and abuse of power, and will not look down or be in contempt of those who commit it,? he said. — Bernama