World needs to move collectively to eradicate the terrorist mindset

CHITRAL: Every now and then there are incidences of individual or group terrorism, unfortunately most being linked directly or indirectly to the religion of Islam. The terrorism committed by states not being counted here. 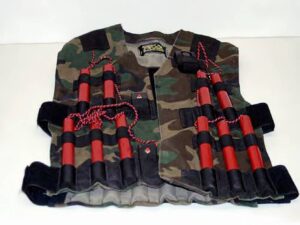 If the world as a whole wants to get rid of this menace, it is very easy. The billions and trillions spent on bombs, drones and other weapons of destruction can be diverted to be invested in changing the mindset of disoriented people and bring them back on the path of reason and rationality.

Those who wear suicide jackets are no aliens but people of this world who are frustrated with their lives and taken advantage of their weakness have been exploited by paid agents in the guise of religious persons. It is very easy to attack the source of disgruntlement and the extreme path being taken by human beings of blowing themselves up and others in some sort of revenge as they believe.

The UN should take this issue seriously and consider ways and means to identify curb the terrorist mindset wherever it is cropping up. It is not so difficult as it may seem. On the will is required and the way is there. ..CN report, 07 mar 2022