The billionaire who wanted to die broke .. Is now officially broke 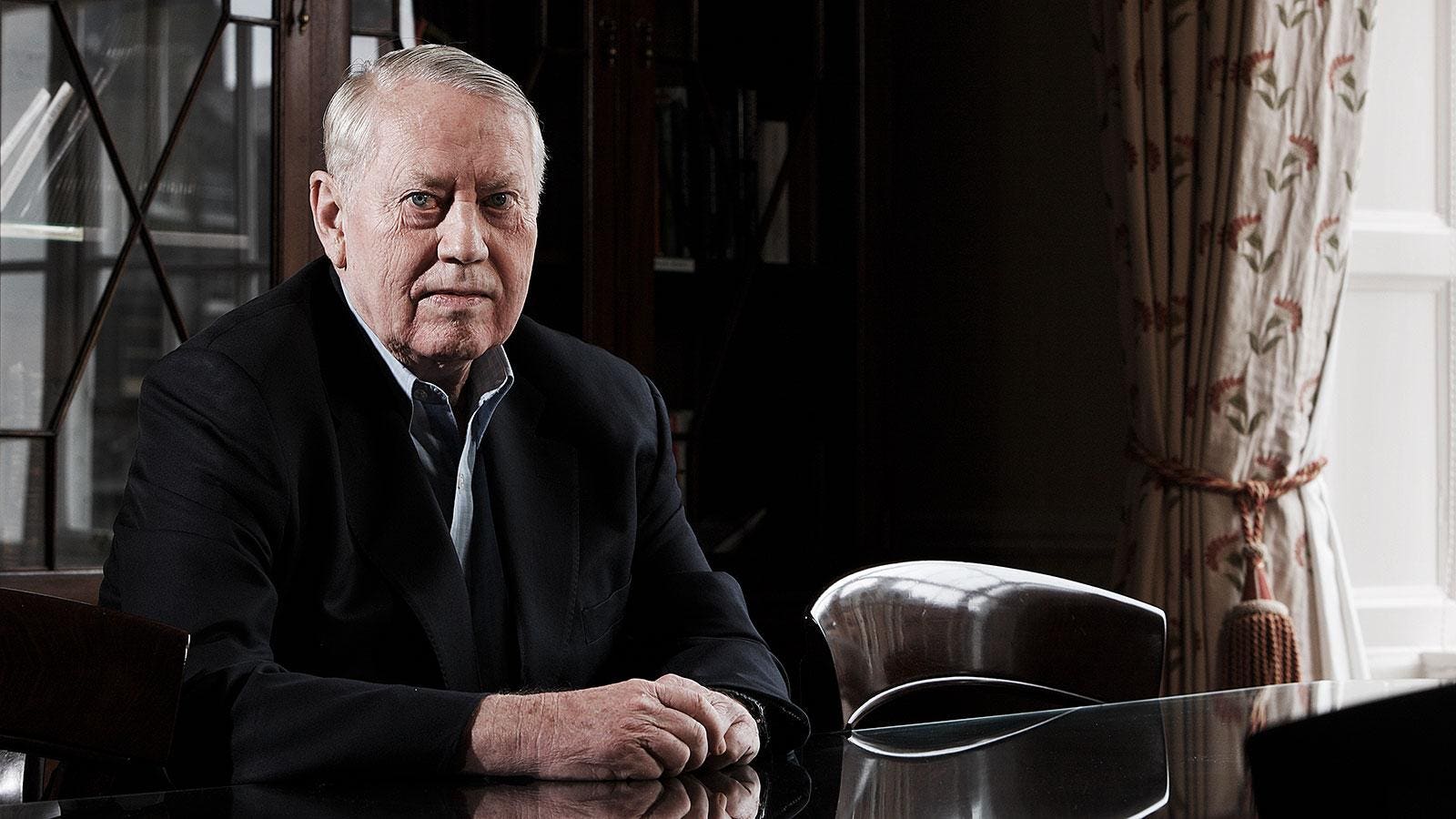 It took decades, but Chuck Feeney, the former billionaire cofounder of retail giant Duty Free Shoppers has finally given all his money away to charity. He has nothing left now—and he couldn’t be happier.

Charles “Chuck” Feeney, 89, who cofounded airport retailer Duty Free Shoppers with Robert Miller in 1960, amassed billions while living a life of monklike frugality. As a philanthropist, he pioneered the idea of Giving While Living—spending most of your fortune on big, hands-on charity bets instead of funding a foundation upon death. Since you can’t take it with you—why not give it all away, have control of where it goes and see the results with your own eyes?

“We learned a lot. We would do some things differently, but I am very satisfied. I feel very good about completing this on my watch,” Feeney tells Forbes. “My thanks to all who joined us on this journey. And to those wondering about Giving While Living: Try it, you’ll like it.”

Over the last four decades, Feeney has donated more than $8 billion to charities, universities and foundations worldwide through his foundation, the Atlantic Philanthropies. When I first met him in 2012, he estimated he had set aside about $2 million for his and his wife’s retirement. In other words, he’s given away 375,000% more money than his current net worth. And he gave it away anonymously. While many wealthy philanthropists enlist an army of publicists to trumpet their donations, Feeney went to great lengths to keep his gifts secret. Because of his clandestine, globe-trotting philanthropy campaign, Forbes called him the  James Bond of Philanthropy.

But Feeney has come in from the cold. The man who amassed a fortune selling luxury goods to tourists, and later launched private equity powerhouse General Atlantic, lives in an apartment in San Francisco that has the austerity of a freshman dorm room. When I visited a few years ago, inkjet-printed photos of friends and family hung from the walls over a plain, wooden table. On the table sat a small Lucite plaque that read: “Congratulations to Chuck Feeney for $8 billion of philanthropic giving.”

That’s Feeney—understated profile, oversize impact. No longer a secret, his extreme charity and big-bet grants have won over the most influential entrepreneurs and philanthropists. His stark generosity and gutsy investments influenced Bill Gates and Warren Buffett when they launched the Giving Pledge in 2010—an aggressive campaign to convince the world’s wealthiest to give away at least half their fortunes before their deaths. “Chuck was a cornerstone in terms of inspiration for the Giving Pledge,” says Warren Buffett. “He’s a model for us all. It’s going to take me 12 years after my death to get done what he’s doing within his lifetime.”

Feeney gave big money to big problems—whether bringing peace to Northern Ireland, modernizing Vietnam’s health care system, or spending $350 million to turn New York’s long-neglected Roosevelt Island into a technology hub. He didn’t wait to grant gifts after death or set up a legacy fund that annually tosses pennies at a $10 problem. He hunted for causes where he can have a dramatic impact and went all-in.

In 2019, I worked with the Atlantic Philanthropies on a report titled Zero Is the Hero, which summarized Feeney’s decades of go-for-broke giving. While it contains hundreds of numbers, stats and data points, Feeney summarized his mission in a few sentences. “I see little reason to delay giving when so much good can be achieved through supporting worthwhile causes. Besides, it’s a lot more fun to give while you live than give while you’re dead.”

On September 14, 2020, Feeney completed his four-decade mission and signed the documents to shutter the Atlantic Philanthropies. The ceremony, which happened over Zoom with the Atlantic Philanthropies’ board, included video messages from Bill Gates and former California Gov. Jerry Brown. Speaker of the House Nancy Pelosi sent an official letter from the U.S. Congress thanking Feeney for his work.

At its height, the Atlantic Philanthropies had 300-plus employees and ten global offices across seven time zones. The specific closure date was set years ago as part of his long-term plan to make high-risk, high-impact donations by setting a hard deadline to give away all his money and close shop. The 2020 expiration date added urgency and discipline. It gave the Atlantic Philanthropies the time to document its history, reflect on wins and losses and create a strategy for other institutions to follow. As Feeney told me in 2019: “Our giving is based on the opportunities, not a plan to stay in business for a long time.”

While his philanthropy is out of business, its influence reverberates worldwide thanks to its big bets on health, science, education and social action. Where did $8 billion go? Feeney gave $3.7 billion to education, including nearly $1 billion to his alma mater, Cornell, which he attended on the G.I. Bill. More than $870 million went to human rights and social change, like $62 million in grants to abolish the death penalty in the U.S. and $76 million for grassroots campaigns supporting the passage of Obamacare. He gave more than $700 million in gifts to health ranging from a $270 million grant to improve public healthcare in Vietnam to a $176 million gift to the Global Brain Health Institute at the University of California, San Francisco.

One of Feeney’s final gifts, $350 million for Cornell to build a technology campus on New York City’s Roosevelt Island, is a classic example of his giving philosophy. While notoriously frugal in his own life, Feeney was ready to spend big and go for broke when the value and potential impact outweighed the risk.

“Chuck’s been the model for us all. If you have the right heroes in life, you’re 90% of the way home. Chuck Feeney is a good hero to have.”

“Chuck Feeney is a true pioneer. Spending down his resources during his lifetime has inspired a generation of philanthropists, including me. And his dedication to anonymous giving—and focus on addressing the problems of the day—reflect the strength of his character and social conscience. We all follow in his footsteps.”

“Chuck created a path for other philanthropists to follow. I remember meeting him before starting the Giving Pledge. He told me we should encourage people not to give just 50%, but as much as possible during their lifetime. No one is a better example of that than Chuck. Many people talk to me about how he inspired them. It is truly amazing.”

“Chuck took giving to a bigger extreme than anyone. There’s a lot of rich people—very few of them fly coach. He never spent the money on himself and gave everything away. A lot of people are now understanding the importance of giving it away, and the importance of being involved in the things you give your money to. But I don’t fly coach!”

“Chuck pioneered the model where giving finishes late in life, rather than starting. He was able to be more aggressive, he was able to take bigger risks and just get more enjoyment from his giving. There’s great power in giving while living. The longer the distance between the person who funded the philanthropy and the work, the greater the risk of it becoming bureaucratic and institutional—that’s the death knell for philanthropy.”

One thought on “The billionaire who wanted to die broke .. Is now officially broke”