Dear Sir,
The minibuses (Flying coaches) primarily designed and manufactured for carrying passengers from one place to another are overloaded with tons of goods atop the sunroof putting the lives of the passengers at a great risk. These vehicles having a maximum capacity of lifting the weight of eighteen passengers, quite often succumb to the pressure from excessive freight either resulting in a breakdown of the vehicle or terrible road accidents. Despite all this, the violation of traffic rules goes on unheeded and unabated.

A few days ago, on my way back home I happened to embarked on a rickety vehicle from Kruprisht Bus station (Ada). I was bewildered to find that the driver had already mounted rice bags atop the sunroof and the pile terribly presented a picture of a ridge in the midst of a plateau. After mulling over the perilous situation, I somehow dared ask the driver as to why he was risking the lives of the eighteen passengers. The driver was a true moron and retorted in a fit of anger demonstrating his hate filled displeasure on my protesting at the blatant violation.

In disregard to my objection, the greedy driver started the engine and pulled his bus out of the station looking back at me with contempt as if I had committed some grievous offence. The sound of the engine under the scorching heat of the sun and excessive freight forebode something terrible to happen during the course of our journey on the way between Chitral and Booni. The small village of Kuragh happened to be the final destination where the engine of this ill-fated vehicle gave way; and the passengers including women and children had to get off the vehicle at the order of the maverick driver to look for another vehicle to board on.

This is just one example. There are score of such incidents, some of more perilous nature, happening with passengers travelling to the peripheries of Chitral due to criminal negligence of ill-trained drivers. All this happens under the nose of the traffic police and other law enforcement agencies. It?s high time the concerned authorities took a serious notice of the gross violation of the traffic rules and the violators awarded exemplary punishment. More importantly, the vehicles plying on the roads carrying passengers from one station to another must be passed through fitness test and only after that be issued fitness certificate. .. Khalid Pervaiz, Booni Chitral 11 Jul 2018

Dear Sir,
Through your esteemed online service I wish to request the authorities to remove cat’s eye speed breakers on the roads in Chitral city. No where in the civilised world are cat’s eyes used as speed breakers. They are at most used as lane separators and that too very sparingly and the cat’s eyes do not protrude more than quarter of an inch above ground. 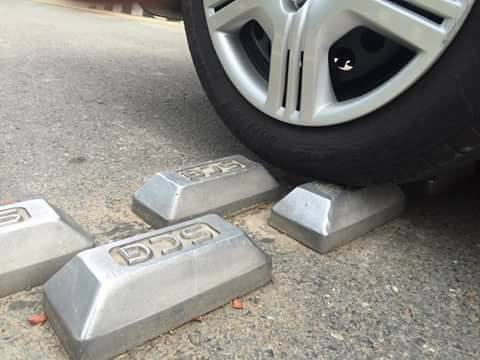 Here in Chitral the cat’s eyes are lavishly spread across roads and even made into funny designs like the one in circle at Krubrisht byepass road. Any vehicle passing over these cat’s eyes is terribly shaken even at a very low speed. The tyres are damaged by the excessive protrusion which are upto two inches and the wheel balance and wheel alignment of the vehicle goes for a six, very fast.

It is requested that in the best interest of the public these cats eyes should be removed and those unavoidable used as lane separators should be hammered down into the road to remove their excessive protrusion.

To take it further, if not done by district administration on their own, any political party which includes the removal of cat’s eyes from Chitral roads in their election manifesto will muster thousands of votes of worried motorists. ..? Afsar Khan, Chitral 14 May 2018