CHITRAL: Ever since inception of Pakistan, rulers of the country have not done their duty properly, rather have been unfair with this entity. Today we have reached a stage which can be well understood reading the incident experienced recently first hand by this scribe:

A few days back went to see a movie in an Islamabad theater. Before start of a movie national anthem is played and audience is asked to stand up in respect. When the anthem began playing half the audience kept sitting, many reclining cross legged, munching on their popcorns. To be frank, even myself had to make an effort to stand up in respect. It was a sorrow feeling. Remember the early days when audience would not only jump up from their seats but even join their voice with the anthem. 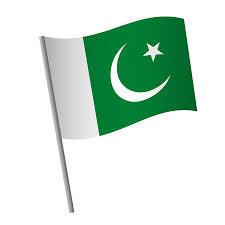 The popular meme in Urdu floating around these days saying “hamarey liey qomi tarana, apney liey qomi khazana” has sad truth in it. Pakistan has been unfortunate not to have rulers with any vision or foresight and all who came into power only focused on their material greed, sticking to power with short term vote bank increasing measures, instead of long term policies for this poor country.

If population was effectively controlled, Pakistan would not been having most of the problems now being faced.

If religious moderation would have been encouraged and extremism strictly stomped, Pakistan could have become a UAE by now. If UAE with all it’s oil had rulers like ours, it would have been in a condition similar to ours

If Arabic would have been declared a national language instead of Urdu, Eastern wing would not have separated and Arabic illiterate Pakistanis would not have been at the mercy of mullas for translation and interpretation of prayers and Quran, leading to many ills including extremism.

Clerics have unknowingly done great harm to the society by professing that all sins can be pardoned by certain prayers/rituals etc. Result is, everyone commits sins against the society with impunity in the belief that their sins would be pardoned by prayers/fasting/umra/haj/tableegh etc. If this mindset had been corrected right from the begining and clerics guided on the correct path, Pakistan would have been a country with minimum social crime/ corruption etc.

If our hydel resources had been harnessed right from the begining Pakistan would have emulated China which has progressed most by using it hydel resources.

If a separate, powerful, effective and ruthless accountability institution been established right at the beginning with offices up to the district level, corruption would not have flourished thus far.

If special attention had been paid to the judiciary right from the begining, a fair and stable society would have emerged and  progress would have been it’s collateral result.

Though 75 years have passed and cannot be brought back, but we can learn lessons from our past failures and make amends, so that the next 75 years are better for our coming generations. .. CN report, 14 Aug 2022

One thought on “Sorry state of Pakistan”