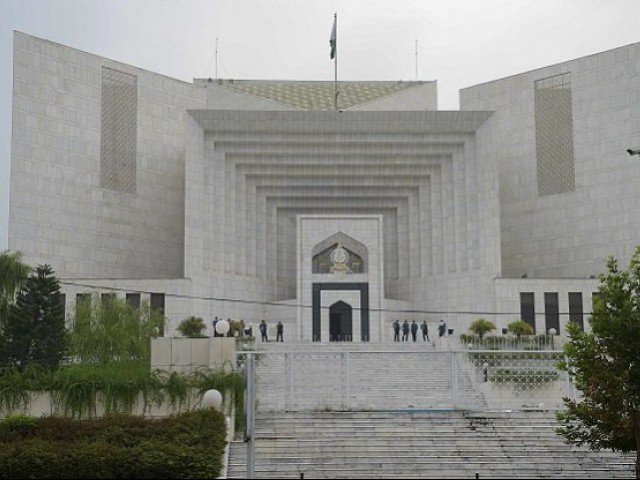 ISLAMABAD: The Supreme Court directed the federal government to take prompt decision on granting provisional provincial status to Gilgit-Balistan in line with the recommendations of the special committee for constitutional and administrative reforms in G-B.

The main constitutional petition was filed by the GB Bar Council through its vice-chairman Javed Ahmed.

A member of bench wondered if India is giving special status to Kashmir by amending Article 370 of its constitution, why could Pakistan not grant provisional provincial status to GB.

Salman Akram Raja is appearing on behalf of the petitioner in this case.

The applicant highlighted the discriminatory and unfair treatment suffered by Pakistani citizens living in G-B.

In 1994, the apex court had ruled in Al Jehad case that people living in the region ?are Pakistani citizens for all intent and purposes?.

On October 29, 2015, the previous PML-N government had set up a high-powered committee under Sartaj Aziz

The committee recommended giving a provisional provincial status to this region, pending the final settlement of the Kashmir dispute.

The PML-N government had issued an order in the last week of its tenure, ignoring the committee?s recommendation to grant provisional status of a province.

The petitioner has requested the SC to declare Order 2018 as illegal and direction should be given to the federal government to grant provisional status of province through constitutional amendment.

It had also recommended giving the people of G-B due representation in the National Assembly and Senate.

On Monday, the chief justice noted that this was purely an executive matter and it should be taken by the federal government with cabinet approval.

If the government implemented the committee?s recommendations, most issues would be settled and there would be no need to announce a judgment in this regard.

?We do not know the historical background of any decision regarding the grant of provisional provincial status to G-B. The people of G-B love Pakistan from the core of their heart.?

He was, however, in complete agreement with allowing special status to G-B just as India had done so.

However, he urged the federal government to apprise the court about possible implications of granting provisional provincial status to G-B.

Justice Umar Ata Bandial agreed that this was a purely executive matter and the court could not pronounce any judgment in this regard. However, he urged the government to use public support as strength.

Aitzaz Ahsan, who was appointed as amicus curiae in this case, urged the CJP to give a ruling, asserting that this could be the most vital of constitutional issues in his judicial career.

Criticising successive governments, he said that people in G-B were stateless because allowing them equal rights might object to this move.

Supporting the idea of implementing the committee?s recommendations, Ahsan said that no one took matters relating to constitutional rights of the people of G-B.

However, the bench asked the government to take a decision on the recommendation of the committee led by Sartaj Aziz and submit a compliance report within 14 days. .. Source