Today, as the late Prince Philip is laid to rest, it brings to an end his long life, spanning almost a century. During his life time, the late prince visited Pakistan a few times accompanying the Queen, the British Monarch and his wife. It was only late in his life that he visited Chitral in 1997. His visit, the first of any dignitary of his stature in the British Monarchy since 1895, when the then British Indian Empire took over the administration of Chitral. The event which necessitated the takeover was that the state was preoccupied at the time by an internecine conflict within the ruling family surrounding the succession to leadership following the death of its ruler on August 30, 1892. Late Prince Philip was five years old at the time.

The late prince was known for his independent mind, upfront expression of his opinions and humorous observations. He was an author and avid reader. Certainly, he would have read the books written by the British military officers stationed in Chitral and its surrounding regions at the time when it was brought within the domain of the British Indian Empire. In these writings, Chitral assumed a special projection because of the events of what became known as a minor siege, in which a British officer was among the casualties. In a 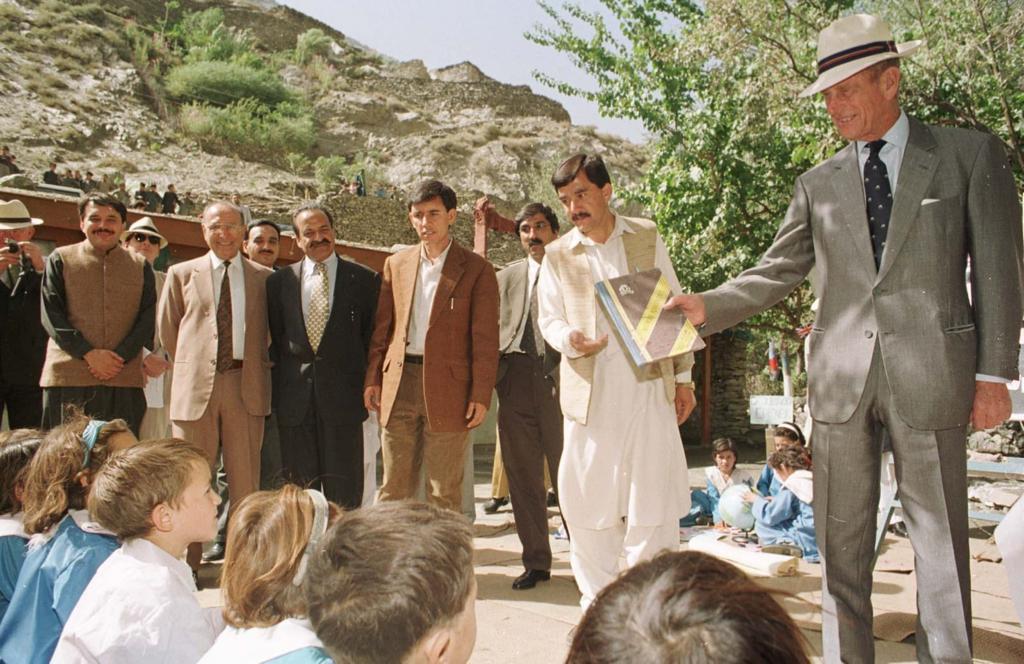 deteriorating situation, the British Indian Army was mobilized at two fronts. Colonel Kelly had to march to Chitral with his entire command of Gilgit district through the snow clad valleys in co-ordination with the division of troops under Major-General Sir Robert Low which was dispatched from Nawshera to Chitral. The late prince would have had extensive knowledge of these events. He must have reflected on the past and the present of Chitral and Chitralis juxtaposing them in his free-flowing thoughts.

The officers who were engaged in and part of the campaign expressed their opinions about Chitral and its people through the lenses of their experience educating the British people and the Western readers in general in a rather sensationally negative projection. Here are some excerpts from their descriptions. For them, the Chitrali people were such that ‘few people more treacherous than the Chitralis,’ no men crueller than them, were inherently cruel without honesty, ‘slaying of brother by brother, of son by father.’  Chitralis ‘were like children – impulsive, gay, careless, easily roused and easily soothed.’ ‘Their bad points were the same as children’s – they were always wanting presents and the more they were given, the more they wanted.’  The positive attributes of Chitralis were narrated as ‘a great fondness for music, dancing and singing,’ and they were ‘fond of shooting and hawking and playing polo with great dash and spirit.’ The most significant positive attribute for these officer-authors was ‘a complete absence of religious fanaticism.’

Describing the topography of Chitral a military officer wrote ‘It takes time for the mind to recover from the depression which the stillness and melancholy of the giant landscape at first compel.’ Referring to the natural sound of the flowing Chitral River, an officer mentioned: ‘The dull ceaseless roar of the distant river changes, whenever you listen fixedly, to a sound as of supernatural voices shrieking in agony, but too remote for human sympathy’ and the space ‘consists of tiny fan-shaped oases of cultivation on soil deposited by mountain streams, just before they noisily hurl themselves into a main river.’

A hundred plus years later, Prince Philip, husband of the Queen and nephew of Lord Mountbatten, the last viceroy of India, visited Chitral. During his visit, he met local dignitaries, common people, inaugurated a hydropower station and visited a school.  Late Prince Philip was very supportive of youth globally and made tremendous efforts to motivate them to be successful in life and to contribute to their communities and societies.   The prince must have observed many things from the air while flying over the valley and on the land when visiting sites, interacting with local Chitralis. He must have been pleasantly surprised that after all Chitralis are not wild people; they are cultured and welcoming. They are committed to develop their area and love pursuing education. Their country is not dull as described previously, but pretty and picturesque with valleys, streams, mountains, migrating birds, wild life, game parks, great variety of fruits and traditional food. We can conjecture on the Prince’s reflections on how the old world had changed to reflect a new, emerging more pluralistic society.

Today, we Chitralis as we think of the late prince, on his funeral day, we can thank him for taking an interest and making time to visit Chitral in his advanced age. He will be remembered by many. May his soul rest in eternal peace.  .. Dr Mir Baiz Khan, Canada 17 Apr 2021