Plastic-eating caterpillars could save the planet 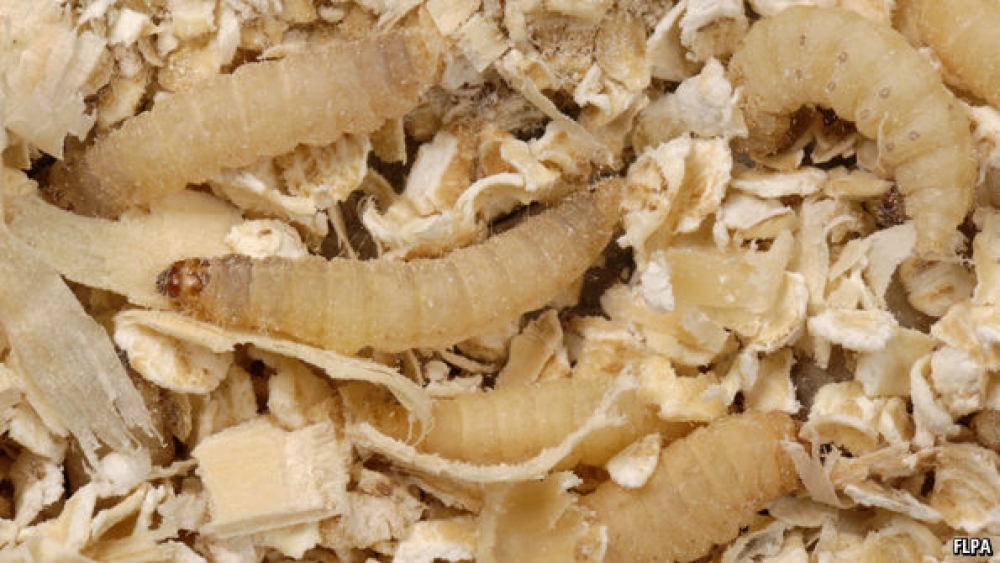 MOST scientific research follows a logical progression, with one experiment following up on the findings of another. Every now and then, however, serendipity plays a part. Such is the case with a paper just published in?Current Biology, which reveals to the world a moth capable of chewing up plastic.

The experiment behind the paper was inspired when Federica Bertocchini, an amateur beekeeper who is also a biologist at Cantabria University, in Spain, noticed caterpillars chewing holes through the wax in some of her hives and lapping up the honey. To identify them, she took some home in a plastic shopping bag. But when, a few hours later, she got around to looking at her captives she found the bag was full of holes and the caterpillars were roaming around her house.

After rounding them up, she identified them as larvae of the greater wax moth, a well-known pest of bee hives. On considering their escape from their shopping-bag prison, though, she wondered whether they might somehow be put to work as garbage-disposal agents.

Past attempts to use living organisms to get rid of plastics have not gone well. Even the most promising species, a bacterium called?Nocardia asteroides, takes more than six months to obliterate a film of plastic a mere half millimetre thick. Judging by the job they had done on her bag, Dr Bertocchini suspected wax-moth caterpillars would perform much better than that.

To test this idea, she teamed up with Paolo Bombelli and Christopher Howe, two biochemists at Cambridge University. Dr Bombelli and Dr Howe pointed out that, like beeswax, many plastics are held together by methylene bridges (structures that consist of one carbon and two hydrogen atoms, with the carbon also linked to two other atoms). Few organisms have enzymes that can break such bridges, which is why these plastics are not normally biodegradable. The team suspected wax moths had cracked the problem.

One of the most persistent constituents of rubbish dumps is polyethylene, which is composed entirely of methylene bridges linked to one another. So it was on polyethylene that the trio concentrated. When they put wax-moth caterpillars onto the sort of film it had taken?Nocardia asteroides?half a year to deal with, they found that holes appeared in it within 40 minutes.

On closer examination, Dr Bertocchini and her colleagues discovered that their caterpillars each ate an average of 2.2 holes, three millimetres across, every hour, in the plastic film. A follow-up test found that a caterpillar took about 12 hours to consume a milligram of shopping bag. Such bags weigh about three grams, so 100 larvae might, if they spent half their lives eating, consume one in a month.

Whether releasing wax moths on the world?s surplus plastic really is sensible is not yet clear. For one thing, it has not been established whether the caterpillars gain nutritional value from the plastics they eat, as well as being able to digest them. If they do not, their lives as garbage-disposal operatives are likely to be short?and, even if they do, they will need other nutrients to thrive and grow. Another question is the composition of their faeces. If these turn out to be toxic, then there will be little point in pursuing the matter. Regardless of this, though, the discovery that wax-moth larvae can eat plastic is intriguing. Even if the moths themselves are not the answer to the problem of plastic waste, some other animal out there might be.