PIA Islamabad-Swat service, an abort after takeoff in the making

CHITRAL: PIA has announced starting air service between Islamabad and Swat. Swat is at a time distance of two and half hours from Islamabad by road. Looking at the practicability of the subject flight, it takes one hour from Islamabad to reach the airport. Passengers have to reach the airport two hours prior to departure. It then takes about an hour to reach Swat city form Swat airport after undergoing all the airport exit procedures. Considering all these facts, how is it feasible to operate flights between 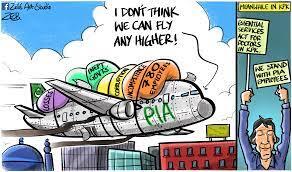 Islamabad and Swat? and that two twice a week and hope the service would be feasible. Looks like we have lost our sense of logical thinking and we just refuse to learn from past mistakes. The same flight was started by PPP govt during Benazir tenure, when the roads were shabby and lengthy. It did not work then, how will it work now when we have a motorway going there, and taking only 2.5 hours to reach there.? Imagine the cost of activating an airport. Who is going to pay for this utter waste of public money? Of course it will be the poor people.

Pakistan is going no where with these kind of wreckless, unfeasible, whimsical decisions ( which unfortunately are in abundance). We need to think about it seriously.  .. CN report, 23 Mar 2021

5 thoughts on “PIA Islamabad-Swat service, an abort after takeoff in the making”