With the arrival of the migratory birds approaching near, Chitral the land of peace-loving people is all set to present the setting of a battle-field. Like predator versus prey scene in a documentary film on National Geographic, the hunters will spill blood of scores of these meek and innocent uninvited guests. The hunting grounds near the river bed teeming with dam-shaped ponds will be used to beguile the ducks as if they have been especially prepared to greet the incoming guests. The callous host will be waiting camouflaged inside a fortified trench with point finger on the trigger of a double-barrel shot gun to fire at the guest from point-blank range. 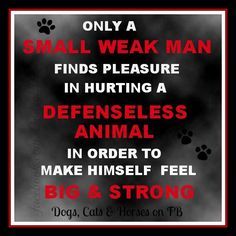 Quite often the ?cruel host? deceptively whistles out a cackle sound similar to that of the ducks passing over as if their arrival is more than a welcome into the ponds. Spotting artificially made ducks on the surface of the dammed water in the pond the gullible ducks might be thinking that this pond is meant to receive guests with warm hearts. Instinctively, they might perceive no threat to their lives until the moment the loaded gun of the hunter goes off with a loud bang. By a sheer stroke of luck, whenever a duck escapes and takes to its wing the hunter resorts to push the supplementary trigger and shoots it down from high above the ground.

This ruthless massacre of migratory birds in Chitral goes on unabated since times immemorial. Primitively, the hunting of these birds and other wild animals was limited to landlords and tribal chiefs who would set out on a hunting excursion accompanied by an entourage of their pages. The moratorium placed on the hunting by all and sundry of the area would retain the population of the wild animals and birds to a maximum level preventing them from the verge of extinction.

More so, the weaponry used for hunting in those days would be less destructive and lethal as compared to the automated weapons of today which wreak havoc when indiscriminately used for hunting down birds. One can come across a gun brandishing lad roaming around with a back sack of cartridges in search of prey sitting on the branch of a tree or can be spotted poaching a wild goat grazing in the pastures of highland. This killing spree has endangered the rare species of birds and wild animals in this part of the world.

All this goes on in the full gaze of the wild life conservatory organizations who remain silent spectators for reasons best known to them. It?s beyond comprehension that they shy away from their duty of overseeing these poachers and unauthorized hunters despite the supervisory staff of these organizations are deployed in every nook and corner of Chitral for the protection and preservation of the wild life. They must be cognizant of the fact that their gross negligence in this regard will result in the degradation of the eco-system.

The preservation of the wild life is a sine qua non for the survival of the eco-system because all the species in the habitat of the earth are interdependent in a cycle that ensures their balance of survival. As they say, better late than never the surveillance must be expanded to areas where ruthless hunting of the wild life is still the order of the day. The law enforcement agencies and wild life department must put a ban on all sorts of hunting in Chitral contributing to the sustenance of a balance in the eco-system. .. Khalid Pervaiz, Booni, Chitral 13 Feb 2018

2 thoughts on “O’ ye ‘Peaceful Chitralis’, have mercy on birds!”