Chitral: Despite tall claims of the government that it is attending to governance issues, some facts on ground blatantly belie this claim . The administration of traffic at the Lowari tunnel continues to remain a pain in the neck for travelers. On 14 April 2019, there were dozens of vehicles held up at the southern mouth of the tunnel for at least one hour at 3 PM which is well within tunnel opening timing. 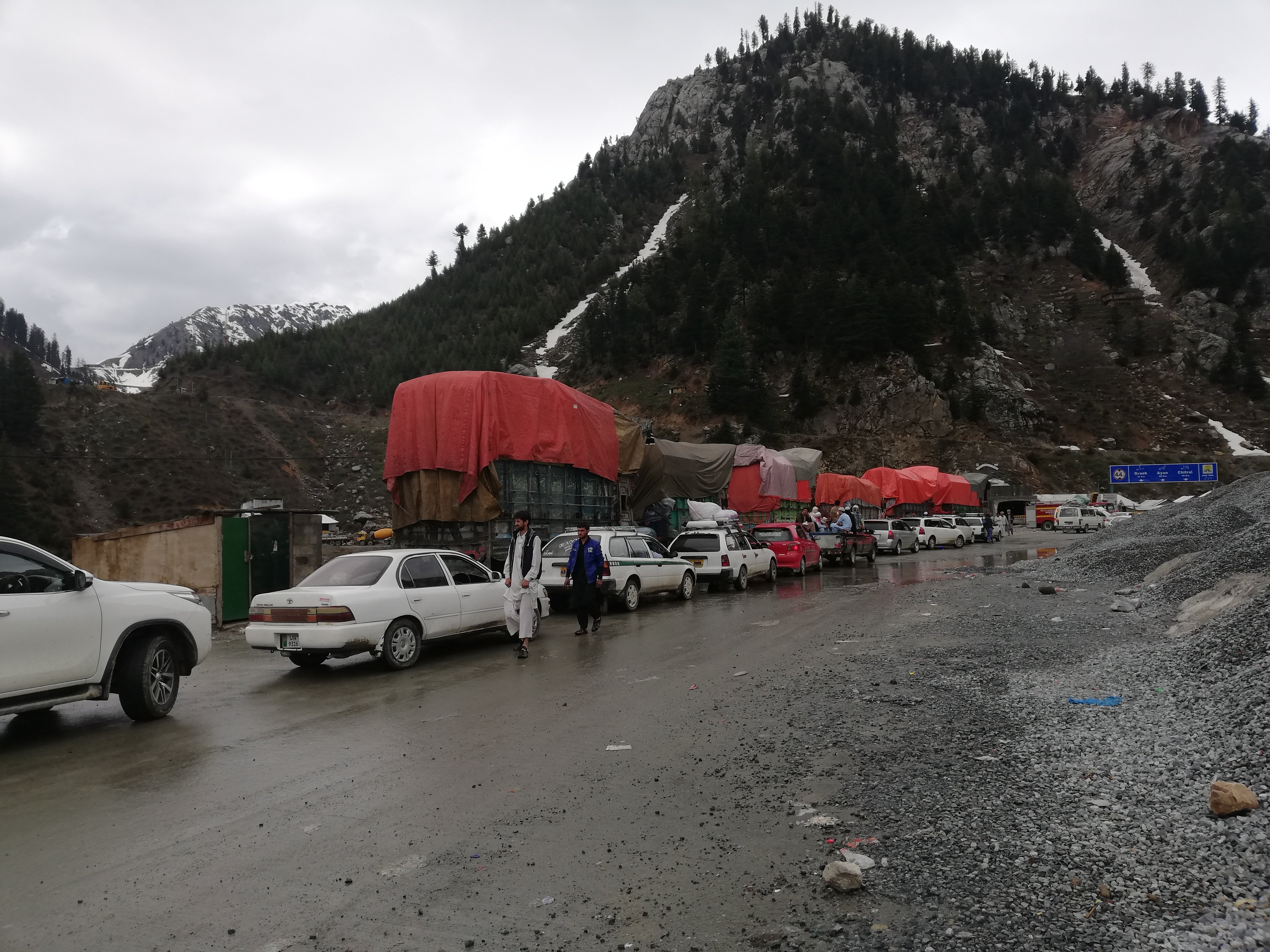 When asked reason for it, a petty soldier on duty said the convoy from the other side has not finished coming out of the tunnel, and only after that will traffic from this side will be allowed to enter. An hour passed and only six vehicles emerged out of the tunnel. Then only were the dozens of vehicles waiting on the south side allowed to enter causing an immediate cluster of smoke pollution. No body amongst the management of the tunnel traffic has the sense to realise that assembling vehicles per force and letting them in the tunnel en bloc is a safety hazard in every way one looks at it. If instead vehicles are allowed as they approach the tunnel it will be safer for them. There is no rocket science in this. Also, the two way tunnel is per force turned into a single lane, without any rhyme or reason and nobody is there to ask why? It appears the whole exercise is to belittle Chitralis and tell them that they don’t deserve to be treated in a civilised manner because they don’t have the guts to demand their rights and pay some sacrifice for it. .. CN report, 14 Apr 2019