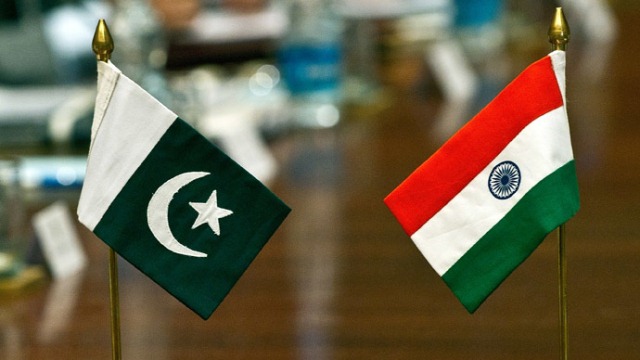 ISLAMABAD:  Peace with immediate neighbours and economic diplomacy will be the central theme of the country’s foreign policy in the new National Security Policy, scheduled to be unveiled on Friday.The original 100-page policy, which would be kept under wraps, leaves the door open for trade and business ties with India without final settlement of the longstanding Kashmir dispute provided there is progress in the talks between the two nuclear-armed neighbours, an official in a background briefing to journalists said on Tuesday.

“We are not seeking hostility with India for the next 100 years. The new policy seeks peace with immediate neighbours,” the official said, adding if there was a dialogue and progress in it, there would be a possibility of normalising trade and commercial ties with India as it had happened in the past.

Relations between Pakistan and India have been at a virtual standstill since August 2019, when India revoked the special status of the disputed territory. Pakistan, in reaction to the Indian move, downgraded diplomatic ties and suspended bilateral trade with India.

In February last year, there were some hopes of a breakthrough when the two sides agreed to restore the ceasefire understanding along the Line of Control (LoC) but the process could not make further headway.

As the new national security policy seeks a shift in Pakistan’s approach from geo-strategic to geo-economics, there is a renewed optimism of a possible thaw with India. “Economic security will be the central theme of the new national security policy,” the official disclosed. Similarly, economic diplomacy and peace with immediate neighbours would be the central theme of the country’s foreign policy. “But geo-economics does not necessarily mean we overlook our geo-strategic and geo-political interests,” the official stressed, saying the longstanding Kashmir dispute with India has been identified as a ‘vital national policy’ issue for Pakistan.

The official, however, clarified that there were no prospects of rapprochement with India under the current Modi-led government in New Delhi. The new policy will be formally launched by Prime Minister Imran Khan on Friday, the official added. According to the official, this would be the first-ever codified national security policy that would cover both internal security as well as foreign policy. “Only a part of the national security policy will be made public,” the official clarified, saying in the rest of the world such policies often remained classified.

The official said though Pakistan did have defence, foreign and internal policies, the new policy would act as an “umbrella document” providing direction for the future. It took seven years to prepare this policy, which was started by then-national security adviser Sartaj Aziz in 2014.
“Inputs were taken from all the federal, provincial institutions as well as military and other departments,” the official maintained.

However, the official when asked said the opposition was not taken on board since the policymaking was the domain of the executive. Nevertheless, the official admitted that such a document would need a consensus. “For this purpose, we are ready to sit with opposition on this,” the official added.
When National Security Adviser Dr Moeed Yusuf briefed the parliamentary committee on national security a few weeks ago, the opposition boycotted the session.

When asked to comment on the implementation of the policy, the official said the classified document lays out a complete implementation mechanism and the prime minister will review the progress on a monthly basis. The policy will be reviewed every year and at the time of change of government, according to the official. The official said the issue of political stability was also taken care of in the new national security policy. Pakistan has a checkered history with no elected prime minister having ever been able to complete his/her five-year term.

The new policy also deals with the issue of militant and dissident groups and  advocates dialogue with ‘reconcilable elements.’ Similarly, the policy has identified “intellectual expression” as key for the progress and prosperity of society. On the internal front, the new policy identifies five key areas that include population/migration, health, climate and water, food security and gender mainstreaming. .. Source

One thought on “New security policy seeks ‘peace’ with India”