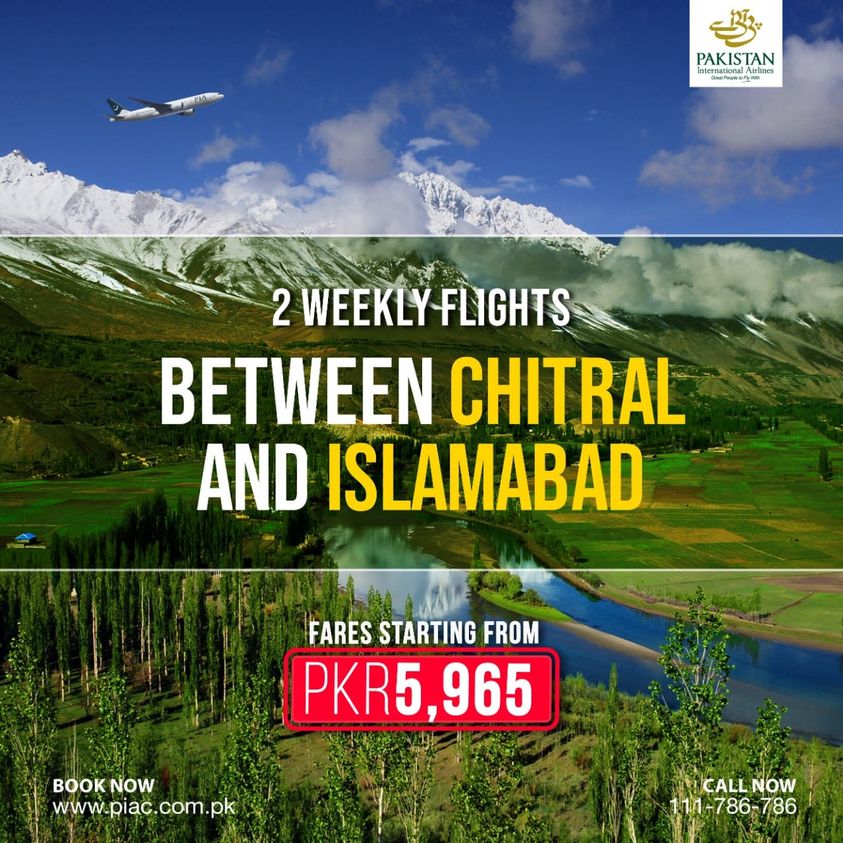 CHITRAL: About two weeks back, PIA had announced four weekly flights from Islamabad to Chitral starting 03 March. However, even before commencement of the announced flights, now a new schedule has been announced of two flights a week on Mondays and Fridays each w.e.f 05 March.  Timings of the flights as announced are :
Departure from Islamabad 09:30 hrs
Arrival at Chitral 10:45
Departure from chitral 11:15 hrs
Arrival at Islamabad 12:25 hrs   .. CN report, 23 Feb 2021