Need to reduce the litter of election process.

CHITRAL: The election process in a country like Pakistan beside being an expensive game is a very messy and muddled affair. Right from the time of nominations by political parties of their candidates, through the electioneering period to the day of elections, things are  jumbled up to the extent of bordering chaos. Maybe this is one big mega occasion for the entertainment starved public to vent off their frustration. Voting in vengeance and against someone is more visible than voting for a cause or a program. In all the electioneering process, the tradition of littering walls with posters and banners is one big avoidable annoyance. The littered walls in Chitral town after the last elections are still not clean of the posters as are the torn and weather beaten party flags. 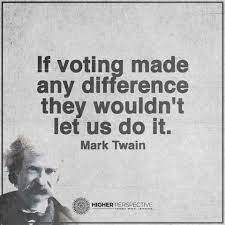 In this age of smart media and efficient individual communications where rhetoric and programs can be promulgated through technology, the need for paper posters and banners full of promises and manifestos signifying nothing, is not needed infact.

The 1997 general elections is a good example when posters, banners and party flags were banned from display except on party election offices If it could be done then, why can’t it be done now?. Imagine the amount of savings that can be achieved and the trash and litter that can be prevented by banning the chaotic display of party flags, posters and banners. What more can a country at the brink of financial bankruptcy  need more than austerity and what can be an easier baby step in austerity than this. .. CN report, 31 Jan 2022

2 thoughts on “Need to reduce the litter of election process.”