Lo and behold: Artificial heart to be sold this year 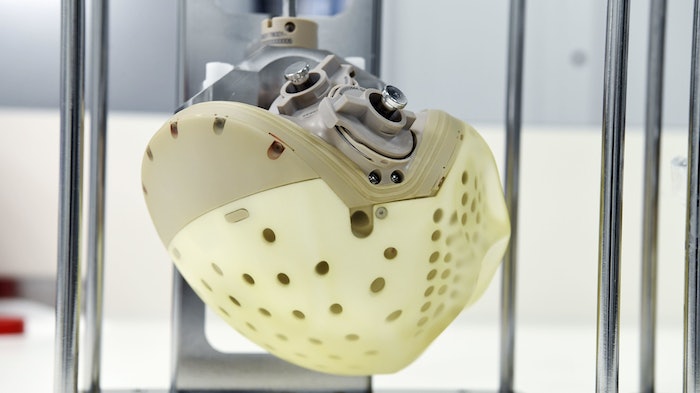 A recent Gizmodo article discussed the latest advancement in total artificial hearts (TAH). The device comes from Carmat, a French-based startup, and it’s intended to carry out the essential functions of the organ in case of heart failure, which affects roughly 26 million people worldwide. It is fully implantable and features embedded sensors and hydraulics that mimic natural bloodflow in humans. It also contained chemically treated animal tissues that reduce the likelihood of clots.

Unlike other TAHs, Carmat’s heart can modify the flow rate of blood in real time according to demand. For instance, during exercise the heart would increase the flow. It should be able to operate, allowing the user to lead a normal lifestyle, for up to 5 years. Although the device has been in development for 27 years, it just received the CE Mark in Europe (the equivalent of FDA approval in the U.S.). It still must receive FDA approval before it can be sold in the U.S. Until then, SynCardia’s artificial heart will remain the only option on the market. .. Source