Kalash handicrafts to be showcased in Milan 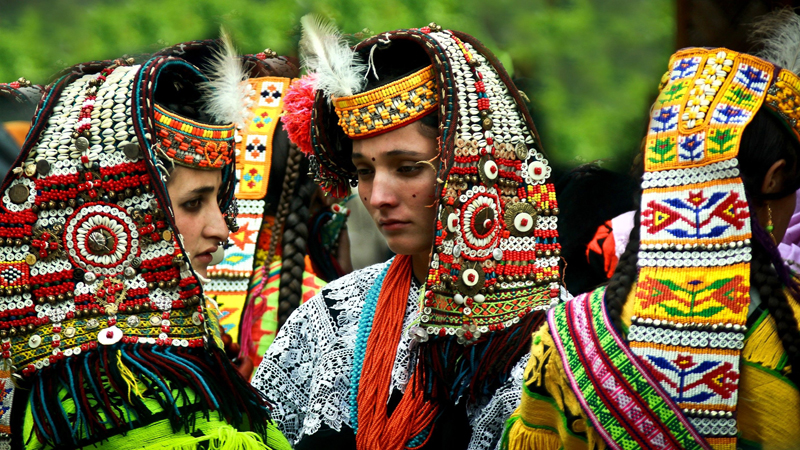 ?Impressed by the design and embroidery style that is native to the women of the rural mountainous areas of Chitral, Kalash, Gilgit and Baltistan, Stella Jean has decided to incorporate their craft in her spring/summer 2020 collection at Milan Fashion Week (MFW) starting from September 21,? Commerce Secretary Sardar Ahmad Nawaz Sukhera said.

Secretary said that the Ministry of Commerce in collaboration with Stella Jean, a leading Italian designer and UNIDO have launched an initiative to empower the women in Chitral, Gilgit, Hunza and Kalash.

?Through this initiative, Stella Jean has incorporated embroidery done by Chitral Women?s Handicrafts Centre ? an NGO by Fortune Magazine under 30 fame Karishma Ali & in Gilgit-Baltistan through ?Karigar? a women empowerment initiative by AKDN,? he added.

The commerce secretary said that the spring/summer 2020 collection will be showcased at the MFW which is the most important annual international fashion event.

He also said that the projection of Pakistan?s textile products on the world stage will create great awareness and market access for the women working in the mountainous areas of Pakistan.

This exemplary human cooperation has made possible the creation of a virtual ?Laboratory of Nations? in which traditional artisan skills of Pakistan, have joined and combined forces with those of Italy said secretary commerce.

?Despite thousands of miles of distance, dozens of women have worked together, with the common goal of caring and preserving an endangered global culture heritage? he added.

To compliment the above endeavor and provide Pakistan fashion industry a platform, Stella Jean has invited some of the top Pakistani fashion models to join international models on the runway showcasing her collection.

The Secretary Commerce Sardar Ahmad Nawaz Sukhera and Nadeem Riaz, the Ambassador of Pakistan in Italy will be present at the event and meet with the leaders of the fashion/textile industry of Italy including the President of the Chamber of fashion and the President of YOOX.

News that the next 007 is reportedly female has reached Max Mara HQ in Milan. At the Italian brand?s spring/summer 2020 show on Thursday, spy style was the main thread in a collection that cast 1960s secret service agent Modesty Blaise as its undercover protagonist.

?Through this initiative, Stella Jean has incorporated embroidery done by Chitral Women?s Handicrafts Centre ? an NGO by Fortune magazine under 30 fame Karishma Ali and in Gilgit-Baltistan through Karigar, a women empowerment initiative by AKDN?

The creative director Ian Griffiths kitted his statuesque army of operatives out in precision-pressed military-style shirts, worn with skinny ties and strict pencil skirts with practical pocket belts (only space for a baby magnifying glass in there). The colour palette was decidedly incognito too, with military greys and Daz-bright white punctuated only with occasional spats of pastel.

Several ensembles were accessorised with holsters which, although an unusual detail for a brand whose calling card is heritage cashmere coats, the show notes were keen to place in the context of the fictional narrative. With the leading lady capable of working without weapons, they relayed, there was ?no need for a gun then, but the holster makes for a very stylish design detail?.

While the audience was informed that Phoebe Waller-Bridge (who is currently coming to the rescue of the upcoming Bond script) was an inspiration, the long Pippi Longstocking plaits and knee-high school socks were more aligned with the minxy and experimental wardrobe of her Killing Eve character, Villanelle. It fell instead to three-piece suiting and several luxurious cashmere and satin coats to remind us that Max Mara caters to real women as well as wannabe secret operatives.

Later in the day Fendi was reconfiguring its aesthetic too, in the second season without its long-term co-creative director, Karl Lagerfeld. Staged against a glowing semi-circular lightbox reminiscent of sunrise, the set?s subtext was that it?s a new dawn under a solo Silvia Fendi who worked alongside the Chanel frontman. Like other fashion houses this fashion week, the brand eschewed big logos and Insta-friendly product that it has banked on before and focused on a more nostalgic look.

Quilted jackets in retro prints, crochet two-pieces and terry towelling paid homage to summer holidays in the 70s. Probably not packed in those suitcases were any of the many coats this collection had to offer. They came long and in suede and covered in fur which, despite growing pressure from animal-rights groups and commitments from other luxury houses to stop using, Fendi continues to produce year-round.

It fell to Margherita Missoni of the Italian fashion dynasty to bring the fun to day two of the showcase. The third-generation designer has recently taken over the label?s M Missoni label intent on bringing a new relevance and attracting a new audience at competitive prices. She staged her inaugural outing on a tram that circulated around central Milan, picking up new passengers modelling the SS20 collection at five different stops, to keep things away from what she called ?catwalk antics?.

The collection is inspired by the Missoni archive, from which she took never-seen-before prints and fabrics to fuse together a fresh ? but still distinctively Missoni ? aesthetic. ?It?s conceptual and physical upcycling,? said Missoni, calling it ?authorised appropriation. A lot of our heritage isn?t the iconic parts that took off in the 60s and 70s that everyone is familiar with.?

The models ? men and women and ranging in age from 20s to 60s who were streetcast or friends of Missoni ? wore items of their own clothes (to keep it rooted in real life) alongside her new collection. The range featured sweaters featuring old logos spliced from two different designs, necklaces made from old buttons, and a forgotten scribbled Missoni signature reproduced on tracksuit bottoms, evoking a sartorial timeline which Missoni is ready to put her stamp on.? .. Source