CHITRAL:  The annual three day Kalash spring festival ‘Chilm Jusht’ or ‘Joshi’ ended with much fanfare in Bumburet valley. A record number of visitors including foreign tourists witnessed the ending ceremony which included dancing and singing by the Kalash. The Kalash Advisor to CM, Wazirzada, was the chief guest along with the Commissioner Malakand division, the Deputy Commissioner and other government officials as special guests. 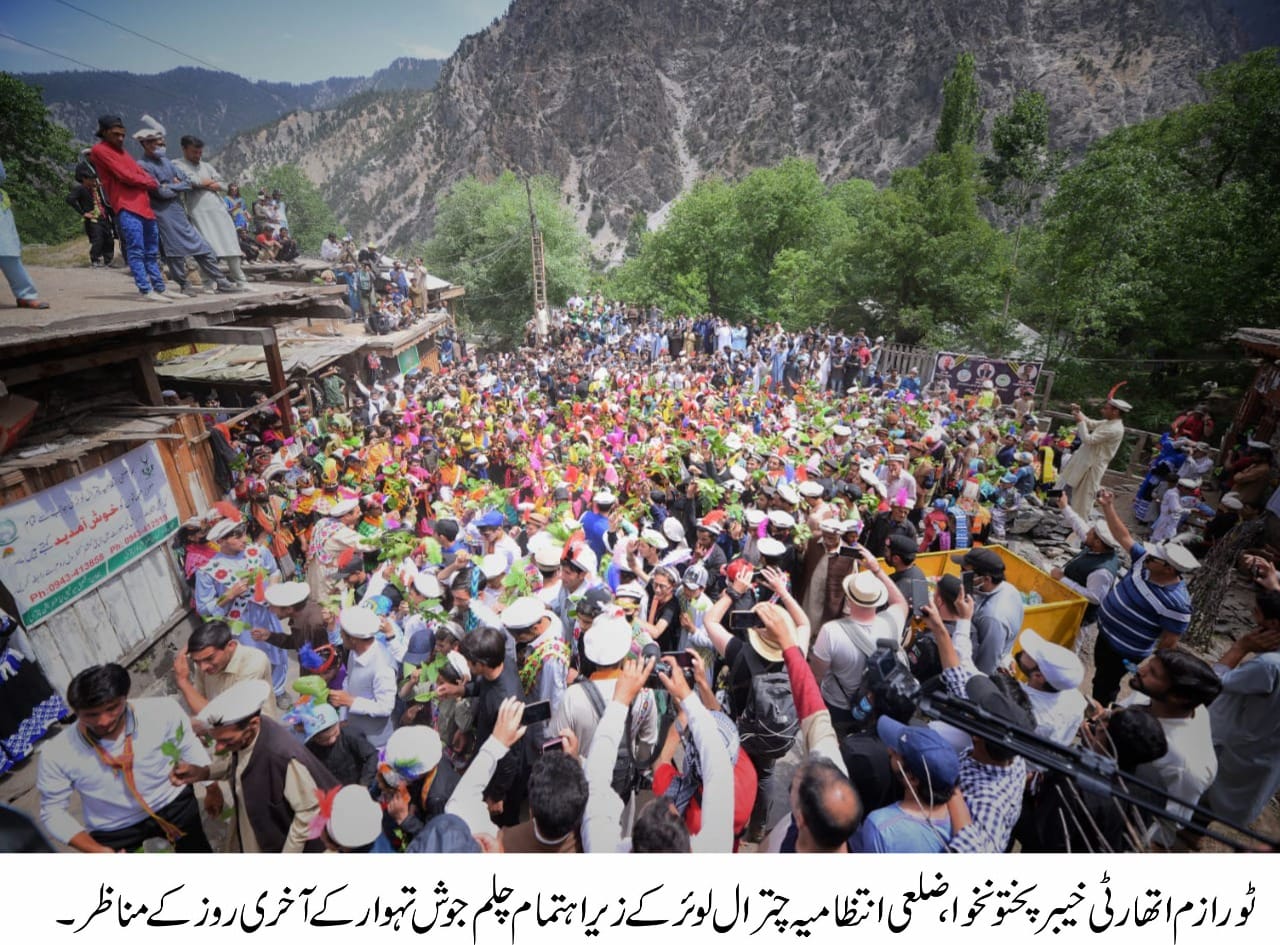 Visitors appreciated the festival ceremonies but lamented the poor condition of roads and lack of adequate facilities for tourists.
It may be noted that the Kalash, a primitive pagan entity are the only people who celebrate every occasion by singing and dancing- even their death rituals and funerals include singing and dancing. Presence of Kalash culture in Chitral valleys makes the district a chosen destination for tourists both local and foreign. .. CN report, 16 May 2022