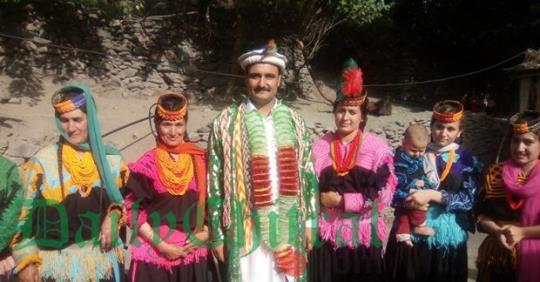 CHITRAL: Kalash people in Rumbur valley have celebrated the victory of Pakistan Tehreek-i-Insaf in the general elections which has paved the way for selection of their native youth Wazirzada as member of the provincial assembly on minority reserved seats. He has already been nominated by the party.

Wazirzada Kalash told this correspondent on phone from the valley that his name stood second on the priority list submitted to the election commission while his party had got the required strength of general seats to grab the two minority seats to make him the first Kalash to become an MPA.

He said that people from the other two valleys of Bumburate and Birir thronged the valley to participate in the celebrations which would continue for three days as it was a significant day for the Kalash people as one of their fellows had been nominated by a political party for the assembly seat.

He said that his villagers had slaughtered dozens of goats to feed the guests along with the customary items, including cheese, honey and bread.?.. Source?