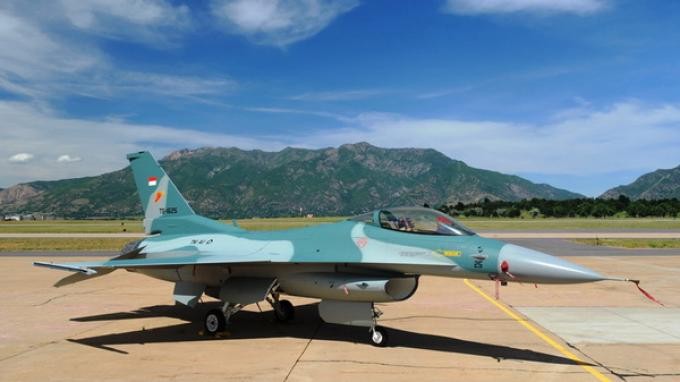 A F-16 jet fighter belonging to the Indonesian Air Force sits at an airbase. (TNI AU via tribunnews.com/-)

The Indonesian Air Force has announced that it will participate in the country?s tradition of waking people up during the fasting month of Ramadan for sahur(predawn meal).

Through its Twitter account?@_TNIAU, the Air Force said jet fighter training would be conducted in several cities on Java Island, namely Surabaya in East Java, Surakarta, Klaten and Sragen in Central Java and Yogyakarta.

?God willing, we will carry out the tradition to wake people up for?sahur?using fighter aircraft,? the tweet reads.

Separately, Air Force spokesperson Col. Sus M. Yuris said the mission was not merely for maintaining tradition, but to make sure that Air Force personnel do not train during Ramadan.

Dawn is the right time to fly for fighter pilots, according to medical experts, who advised against training until after 10 a.m., when the blood sugar levels of people who fast begin to drop.

?Fighter pilots are not recommended to operate aircraft when they are in the state of having low blood sugar levels,? Sus said as quoted by?kompas.com.

He added?that it was a ?combined mission? to wake people up for?sahur?during training time.

During?sahur,?low-flying fighter aircraft will soar the skies and pilots will be required to use afterburners, which generate noise.

A training program at dawn was initiated by the Air Force several years ago. Two kinds of aircraft were mainly used: the F-16 and the T50i. (vny)? .. Source