Chitral: With the advent of the holy month of Ramazan all forms of hard labour specially in the construction field come to a halt in Chitral. Trends are however changing. This year a construction project in Chitral bazar continued through Ramazan and today the RCC roof was laid which is one of the most labour intensive part of any construction project. The labourers were all pathans who are strict about observing fast and saying prayers. 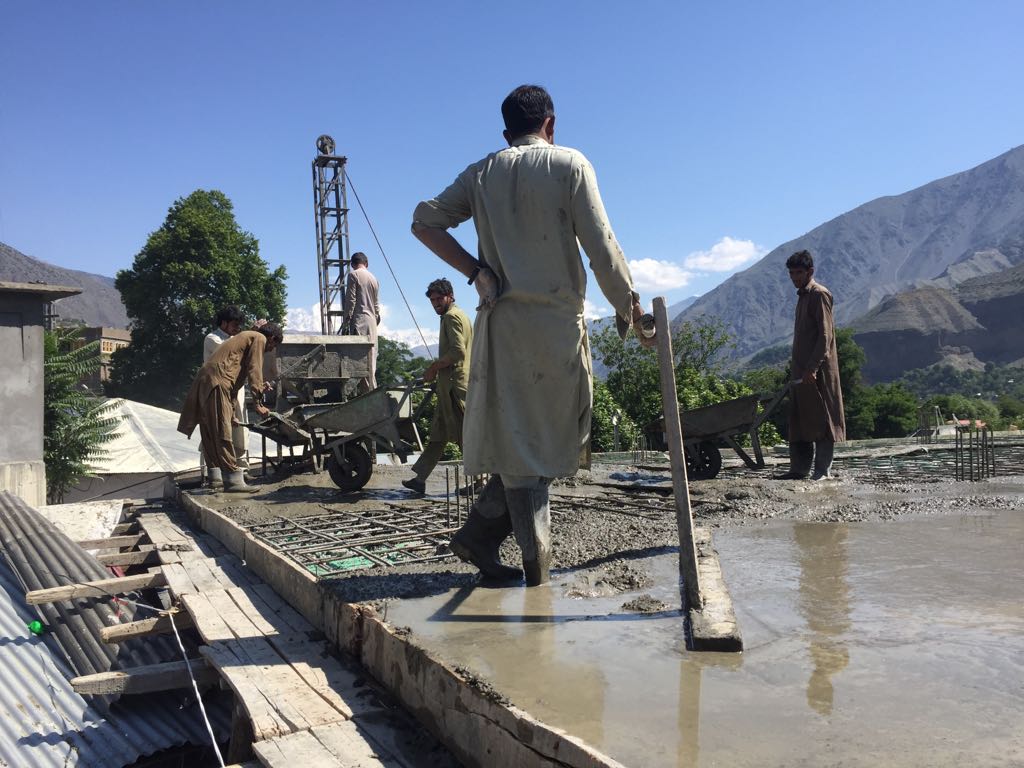 The fact that doing hard labour while observing fast is a possibility, is an example for Chitralis who generally lay down arms with respect to physical toil right in the begining of Ramazan. Human beings have been gifted with enormous stamina and capacity of endurance. It is mostly the psychological aspect that weighs them down.? The new example? should be a good trend setter and working in Ramazan should become more common with Chitralis, hence on. .. CN report, 27 May 2018.