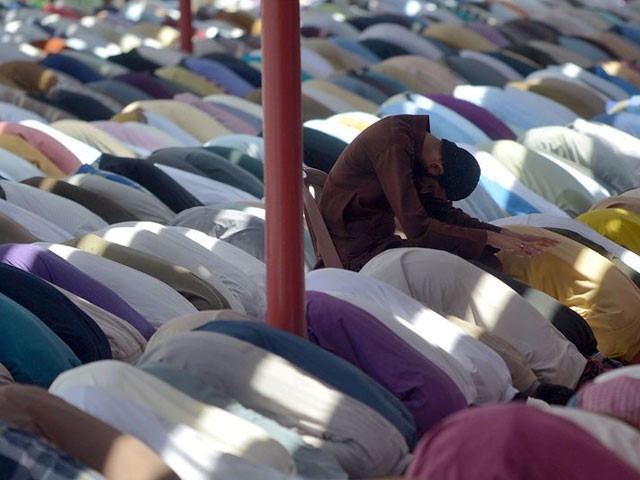 ISLAMABAD:?The government is devising ?a curriculum for Friday sermons? which would mainly base on educating people about practical life in the light of Quran and Hadith, Interior Minister Ahsan Iqbal said on Friday.

Presiding over a meeting on implementation of the anti-terror National Action Plan (NAP), the minister expressed deep concerns that university students were found affiliated with extremist organisations.

As many as 70 vice chancellors of national universities participated in the meeting at the Higher Education Commission through live video conference.

The minister said that this was the age of information revolution and that a battle of ideologies was under way on social media.

?It is our duty to undertake collective efforts to prevent our youth from accessing the material based on extremist ideologies. We have to ensure that our youth use social media only for educational and healthy activities,? he said.

?We have to formulate a national narrative to counter the extremist agenda,? he said, adding that the youth must be made aware of the importance of peace enjoined by the Islamic injunctions. He said students must be prepared to tolerate the difference of opinion among peers and within society.

About student politics, the minister said that students must be given opportunities to express their thoughts. ?Faculties in the universities must play their due role? in this regard, he added.

University students, the minister told the vice chancellors, must also be provided the fora to hone their leadership qualities. ?In every university, career counselling mechanism must be formulated to evaluate the potential of students for better avenues in future.?

Talking about the upcoming International Peace Day, falling on Thursday, the minister emphasised the day must be celebrated in every university ?with the resolve to spread the message of peace among our youth and apprise them of the counter-narrative against extremism?. Also read ?Prayer congregations best medium to reform society
.. Source: tribune.com.pk

One thought on “Govt plans curriculum for Friday sermons”