CHITRAL:  Golen Gol Water Supply Scheme which was destroyed due to a GLOF  event on July 8, 2019 and after that 40,000 people of Chitral Town were deprived from  clean drinking water. Hence residents of Town area  were supplied water from Angar Ghon water supply scheme  from time to time, but  residents of  Koghazi to Danin, people faced great difficulties due to lack of water. The water resources  of the 107 MW hydropower house  was also destroyed and the irrigation pipeline were  washed away. People had also rallied for its restoration

Local people tried  unsuccessfully to restore the pipeline on self-help basis  in which three precious lives were lost which had fallen into the river and were washed away. Two of them were recovered but one dead  body is still missing. ۔ 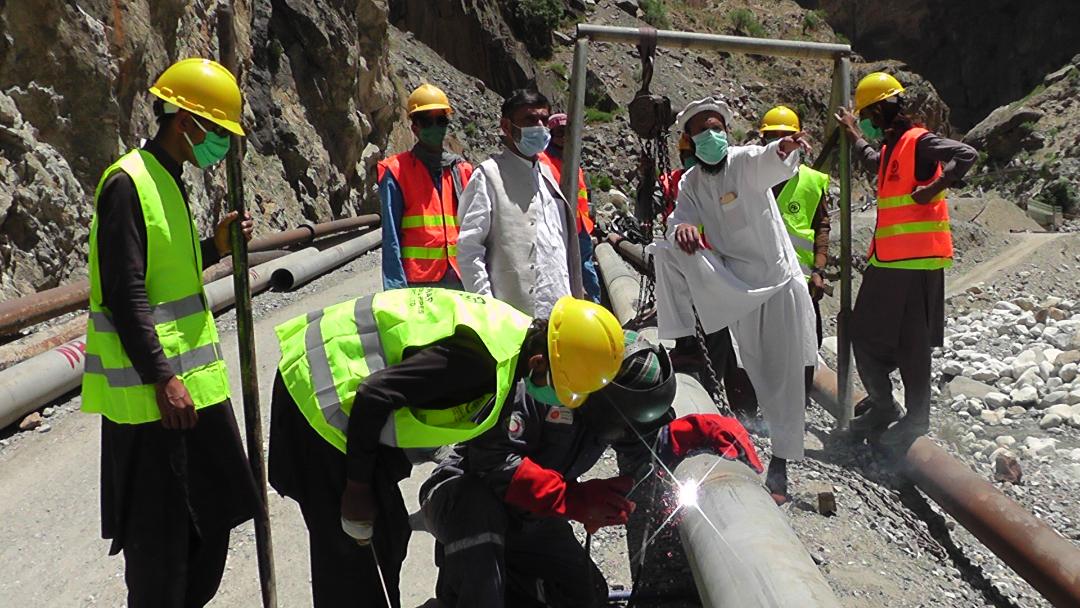 At the insistence of the people, the provincial government approved a grant of Rs 36.477 million for Chitral Town and Rs 30.340 million for Union Council Koh, for restoration of these two water supply schemes  which caused a wave of happiness among the people of the area.

The project was officially inaugurated today. A simple but prompt ceremony was also held on the occasion in which people were sitting at a distance keeping in view the social distances of SOP. Advisor to the Chief Minister Khyber Pakhtunkhwa, on Minority Affairs  Wazir Zada ​​Kailash, was the chief  guest on the occasion who formally inaugurated the project and unveiled plaque of the board.

Zahid Hussain, Executive Engineer, Public Health Engineering Department, Chitral, said that the provincial government has sanctioned more than Rs. 65 million for this project and we will try our best to get it ready as soon as possible. However, the quality of the work will be taken care of and we will try to pass this pipeline in such a safe way so that it will not be damaged in case of flood in future.

Haji Mehboob Azam, chief executive of the construction company, told our correspondent that he had already successfully completed the project in 2013 but since it is a flood prone area and there are frequent floods which damage the project. “We can’t control natural disasters, but the rate of damage can be minimized, and that’s why this time we’re going to try to carry  the pipeline through a safe route to prevent it from flood,” he said. Due to that, the damage was minimal or completely safe.

Sharif Hussain, a political and social activist in the area, thanked Wazirzada for playing a vital role in the construction and development of Chitral and for his keen interest in development work. A local man demanded that the project be carried out in such a safe way this time so that the floods do not cause the pipeline to collapse and change the course of the flood and give local workers a chance to work. .. G.H Farooqi, Chitral 14 June 2020