Environmental threats in Chitral and Us

Chitral is the largest district of Khyber Pakhtunkhaw with an area of 14800 square kilometer. The IUCN satellite images of Chitral taken in 2001 give the following picture of the area coverage of Chitral district:

Unfortunately latest figures on the above cited vital information is not available.

According to estimates of AKRSP in early 1980?s less than 1% of the total area was estimated to be under agriculture. To meet some part of the shortfall in cereal crop production, several efforts by the NGOs and the irrigation department were made during this period. These efforts contributed to further increase the cultivated area. There have been traditional efforts to turn any piece of land that could be irrigated, into agricultural land thus making the already fragile land vulnerable to slides, erosion and other kinds of land degradation. A sound environment needs at least 25% forest coverage.? Our forest coverage is abysmally low. Rangeland covers the major part but highly overused and trampled.

The 4.7% forest cover that existed in the southern part of the district at the turn of the century, must have been reduced further.

Some studies done in the past reveal that 100% rural and 94% urban dwellers are totally dependent on fuel-wood to meet their energy requirements. In upper Chitral, there is acute shortage of fuel-wood and the dependency on the southern forest is increasing with each passing day. The northern part of Chitral, that used to have juniper coverage, has now been turned into naked mountains and the plantation on the margins of agricultural land is now being ruthlessly cut for fuel-wood.

This situation is not only threatening for the precious traditional fruit trees, the poor people and herders uproot the non-wood bushes such as Artemisia and other numerous herbs to meet their immediate energy needs. The peat bogs are drying up in Broghil and other areas by excessive use for cooking and space heating. The overgrazing and trampling of the denuded land is causing serious soil erosion and scouring. In the southern part the remaining fuel-wood stock will soon be gone.

The global effects of the climate change is already being witnessed in Chitral more than other parts of the country. Rains and snowfall have become scanty and untimely and more aggressive when it pours. Temperatures are on the rise. Over melting of glaciers and resulting floods are seen with increased frequency and devastating effects on life and property. To name a few,?the beautiful villages of? Brep, Sonoghur, Buni, Muzhgol, Saht, Reshun, and many more have been devastated by the glacial melts occurring between 2005 to 2015 whereas 18000 houses were declared fully damaged by the government estimates during the earthquake in October 2015. These are staggering numbers to worry about. 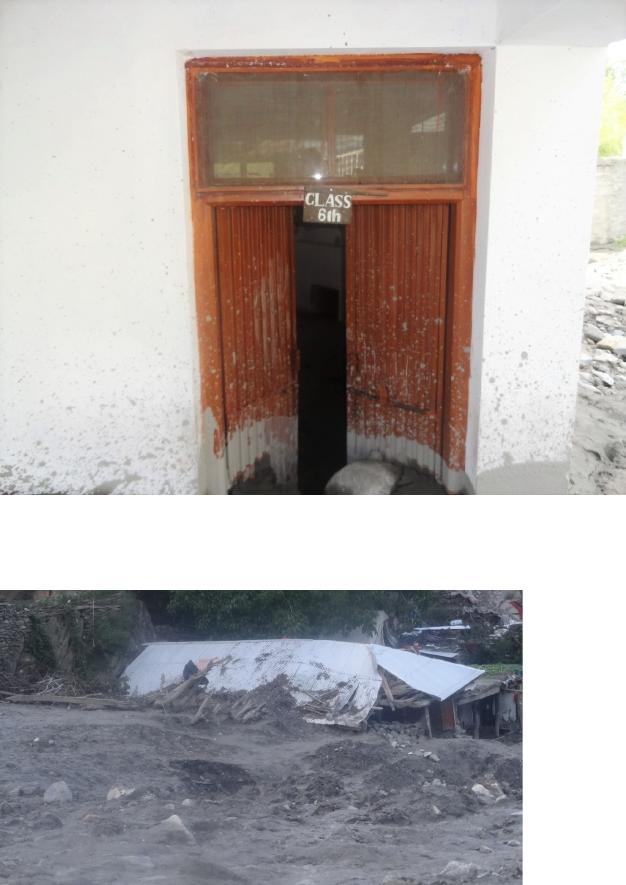 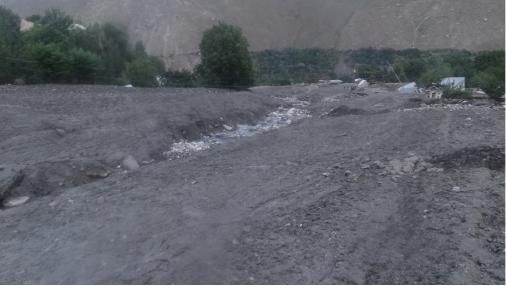 Threats to our environment do not stop there. The population of Chitral is increasing at an alarming pace. The census carried out in 2017 records 2.32% growth per annum. It has quadrupled during the last half a century. The carrying capacity of the newly emerging townships in Drosh, Chitiral and Buni is too thin. Since Chitral is sitting on the fault line and already categorized as ?Zone 4?, which is the most dangerous earthquake area. Most of the rural dwelling houses are adobe structures that cannot sustain the looming threats of jolts.

To add to this there are no effective rules to manage town planning and land use planning to guide and direct the course of actions.

Agricultural land is being used for construction and other non-agricultural activities causing land fragmentation, which in turn only adds to environmental degradation.

There is no proper system of solid and liquid waste disposal. The affluent from the service stations, butcher houses and poultry markets find their way into Chitral River. Polythene bags are flying over our houses with the wind and fall into where they find their way.

The affluent from Marble cuttings contains lead, which gets mixed with water and goes down the river. Clean drinking water is becoming scarce not only for the local inhabitants but we send this polluted gift to every human being living downstream. The people using the river water, mostly poor, become directly affected by the ailments associated with unsafe water.

These are all planning related aspects to be considered by our planners.

Unfortunately people only wait and see what the concerned authorities do to stop the destruction. The DDMA and the PDMA usually remain short of funds or the skills. The public representatives only appear at the scene when floods have already played havoc, their job is to blame the concerned departments for their shortcomings.

This situation calls for emergency planning to save the land and the people of Chitral from the impending danger of destruction.

The nature of the problem is such that it can?t be controlled single handedly by any agency, it calls for collective action in that all the stakeholders must take part and be prepared to play their respective roles effectively.

The following are some indicative suggestions:

Alternative sources of energy must be promoted such as establishing LPG filling stations at different locations to provide energy source on affordable and sustainable basis.

At the same time the ruthless cutting of the available timber wood must be stopped forthwith to save the remaining timber forest from further degradation. The local inhabitants applying for timber permit should be given license for the removal of windfall trees only with strict ban on cutting of standing trees. Export of timber must be banned. The tree tsunami of KP government must be continued with extra care for the survival of maximum trees.

This is high time that the district government allocates maximum budget to generate hydro-power in the locations where feasible. The NGOs working in Chitral need to join hands in this endeavor.

The NGOs need to direct their collective efforts on environmental awareness raising campaigns in schools and environmental walks in all the hub centers. This has become all the more necessary in the wake of the opening of Lowari Tunnel that carries huge environmental challenges.

FOCUS humanitarian assistance program is doing commendable job for preparing communities to deal with disaster events. We also need to learn lessons from the experiment of Sind Government where the Union Council Based Public Private Partnership model has been effective in poverty reduction in Shikarpur, Kashmore, Jacobabad and Tharparkar districts.

The University of Chitral will do well by teaching Environment and Bio Physics including affiliation with the University of Central Asia to benefit from mutual experience and knowledge sharing of the dynamics of mountain societies for sustainable development.

We are living near the roof of the world and from here we should be nice enough to care for our fellow beings living below the line. This is a call to human reason and intellect to wake up and behave in a responsible manner. The cost of caring for the earth may not be too big, if those in the corridors of power confront the environmental threats by diverting the financial resources available for development with sense and sensibility.

Our representatives in the district, provincial and national assemblies should now use their mandate and resources in the right direction. These representatives will do well by preparing a master plan with mutual consensus to be followed in letter and spirit.

For ready reference a nice piece of conceptual and academic work has already been done with support of the IUCN titled as ?Chitral-Integrated Development Vision? (IDV), this document has comprehensive coverage of problems and contains suggested strategy to be adopted at every step. The IDV was prepared after wide consultations with the communities across Chitral. The document was finally approved in a Roundtable Conference attended by all stakeholders including the communities of Chitral. What happened to this document can be well explained by the incumbent District Nazim Mr. Maghfirat Shah who was a moving spirit behind the compilation and approval process during his first term. This document only needs to be taken out of the shelves and updated with fresh statistics where necessary and may be a few additions in view of the current scenario.

May I request the worthy Deputy Commissioner of Chitral to take it upon himself to read the ?Chitral-An Integrated Development Vision? copies of which can easily be had from Google search. This is a high time especially because the budget for 2018-19 is at the doorstep. .. Shah Karez,?Rural Development Practitioner, Chitral 21 April 2018

2 thoughts on “Environmental threats in Chitral and Us”