Chitral .. The realm of banking has become a very competitive domain in present day environment. Private banks particularly, pay their staff well but in return demand every bit from them, sometime exceeding their capacity.

Though every month is a month of ‘do more’ for bankers, but the month of December yields special importance for them as performance in the form of grabbing cash deposits from clients can decide the fate of their annual reports and even carrier prospects. As December begins, Bankers seem to get on steroids running from pillar to post for deposits. 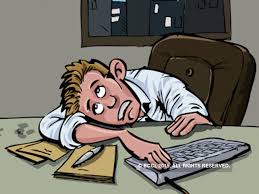 In Chitral the act of bankers wooing locals to deposit money in banks is synonymous to trying to milk half starved cows. Trading activities are at a low ebb in December and traders try to buy commodities to stock them for the next difficult four months ahead circumventing the banks. The only luscious prey bankers look out for is somebody who has just sold his land and has got lump some cash in return. Such candidates being rare are the main targets of bankers who use all their resources to lure such persons to deposit their just got money with them. The most depressing moment for a bank manager arrives when a person who had a handsome cash in his bank wants to withdraw it in December to pay for some plot in Peshawar or Islamabad..

Some senior bankers talking to CN said bankers in Chitral suffer great mental tension due to unrealistic demands by their high ups. Many have developed heartaches, diabetes and chronic illnesses due to stress, they said.

It may be noted that banking expenses in Chitral are minimal compared to other places. Bank premises have lowest rents in the whole country, and even the staff are paid much less compared to other places. Being a tax free region banks in Chitral are even absolved of paying taxes. Keeping in mind the above mentioned ground realities Bank Executives and policy makers of banks located in Chitral would do well to reconsider their demands of ‘ever do more’ from their banking staff in Chitral. Video below is worth watching. .. CN report, 07 Dec 2017