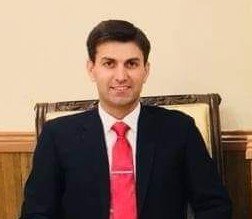 Chitral 😕 As a first, a Chitrali Military officer Major Rizwan ul Hassan belonging to Istaru Torkhow, has been selected as an instructor at the Royal Military Academy (RMA) Sandhurst which is one of the premiere Military Academies in the world. Major Rizwan earns the privilege of being first Military officer from Chitral who has been honoured with this position due his outstanding capabilities in the field. Earlier the officer performed duties as a Platoon Commander at the Pakistan Military Academy Kakul.? He was also sent to China as cadet besides undergoing a one month’s training in Turkey as a captain. .. Source–FB (Pride of Chitral)