Chitral: The ongoing practice of of mismanaging passengers luggage by PIA on Islamabad- Chitral route has met reaction by a passenger sending legal notice to the airline through his lawyer as a first step of complete legal suite against the airline. 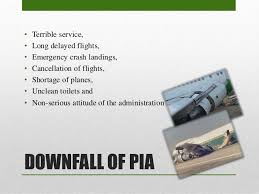 The passenger Wg Cdr (r) Fardad Ali Shah talking to CN said he traveled to Chitral from Islamabad on 24 Aug. While collecting his luggage at Chitral airport he found a bag missing which contained immediate essentials, medicines and important documents etc.

The passenger has decided to file a case of ‘Tortuous negligence liability’ against the PIA and has claimed Rs one million and a public apology from the airline as a compensation for the mental torture and agony he suffered. .. CN report, 01 Sep 2018