China is rife with these 10 fake foods

Chinese food is famous the world over. Many of us treat ourselves to fine Chinese cuisine every now and then, and have done so for many years. Yet the food industry in China is probably the worst culprit in the world for producing fake, toxic foods. This first reached public attention in 2008, when many infants died of liver failure as a direct result of drinking milk powder that had been laced with a plastic compound called melamine. Renewed scrutiny has found many similar examples of synthetic food being illegally manufactured in China. These items look and feel just like the real thing, yet in many cases they are toxic and could cause kidney damage or cancer.

?
To help inform you about the danger of eating certain foods in China, or Chinese imports that you are not sure about, we?ve made this shocking list of 10 fake Chinese foods you must avoid.?
1. Fake Eggs 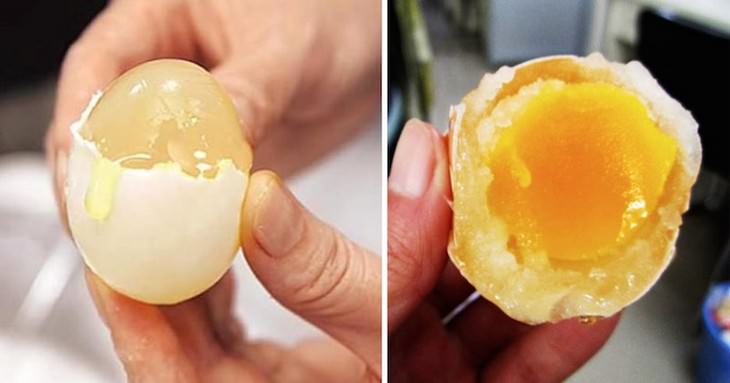 The lengths some unscrupulous people go to is astonishing. These fake eggs look very much like the real thing. They are made very cheaply with gelatin, artificial food coloring, water, and a wax shell. The yolks are even said to be bounceable when dropped: that?s how unreal they are.
2. Fake Plastic Rice 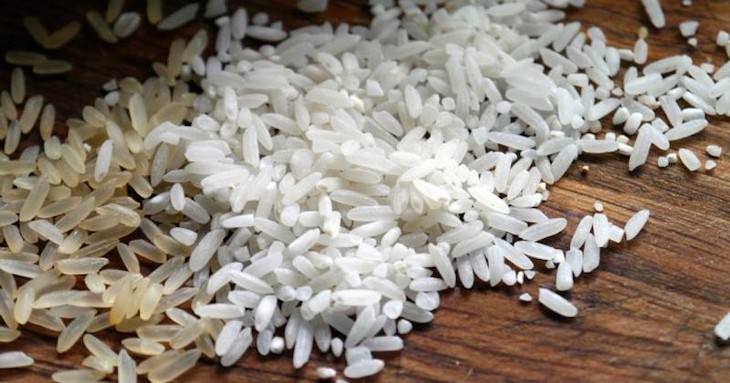 Rice is the staple Chinese grain, yet sadly it?s not safe to assume that all the rice in China is genuine. Some rice has been manufactured entirely from potatoes mixed with an industrial resin that could be deadly. The fake rice is very hard to digest, and eating three bowls of it is said to be like eating a plastic bag. You can tell the fake rice from the real by burning a grain of it with a match and seeing whether or not you can smell burned plastic. Fake rice also dissolves in hot oil.
3. Walnuts Stuffed with Cement 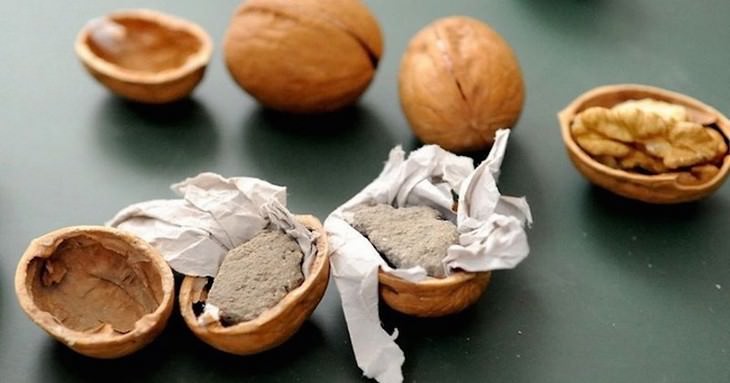 It?s been discovered, by some unlucky shoppers, that markets in Zhengzhou city, China, are selling walnuts filled with cement. What?s happening is that vendors are emptying the walnuts, selling the nuts separately for a high price, then filling the empty shell with paper covered cement and sealing it closed. The cement nuts are then sold too, allowing the vendors to make a profit.
4. Fake Beef 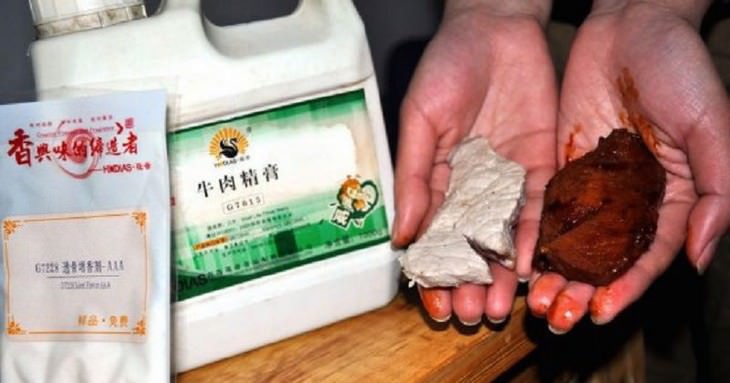 Although pork is readily available in China, beef isn?t. Therefore, because of the high market value placed on beef, vendors have found a way to manufacture fake beef by altering pork to make it taste and look like beef. They dip the pork in beef extract and glaze it, which takes well over an hour, but allows them to make a lot of money. Surprisingly, doctors say that this fake beef could cause deformity, poisoning, or cancer.
5. Fake Mutton

To combat the high price?of mutton, some food sellers have been serving chemically altered rats, minks, and fox?as if they were mutton. In the space of one three-month period, police arrested 900 people for this nefarious scheme. They also seized 20,000 tons of this ?meat?. The level of E. coli found in the ratty meat was said to be seriously high.
6. Fake Wines 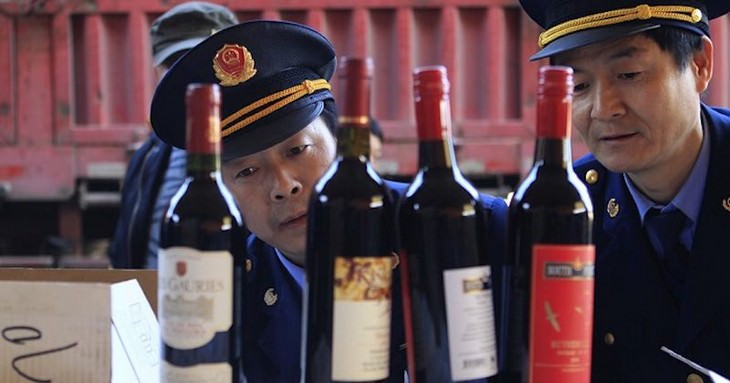 Wine is big business in China, but the customers are disastrously ill-informed about the products they are purchasing. Thus, many wine-sellers in China simply fill posh looking empty wine bottles with cheap fruit juice and alcohol. You can?t trust labels in China!
7. Fake and Adulterated Honey 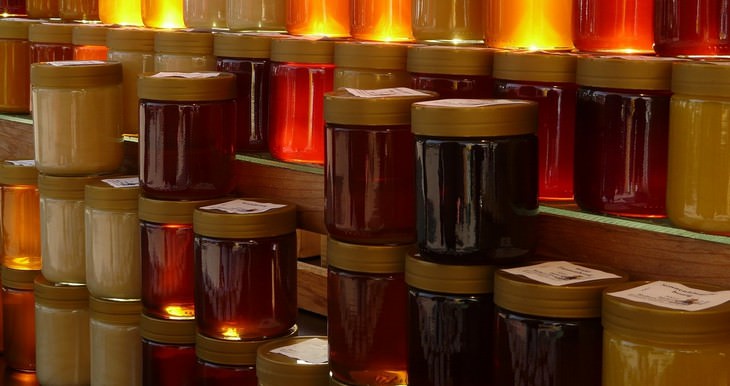 China is very bad when it comes to honey. In the Jinan Province alone, some 70% of the honey is fake, of which there are two types. The first is known as adulterated honey, that is, a blend of honey with sugar, beetroot, or rice syrup. The second looks like honey but is made from alum, sugar, water, and coloring. 1 kg of fake honey might be made for as little as $1.60 and sold for around $10.

May also interest you:

Are Your Aware of the Health Risks of Packaged Foods?
Consuming Too Much of These Healthy Foods Can Be Deadly
This Broccoli Soup Has Cancer-Fighting Properties
8. Fake Green Peas 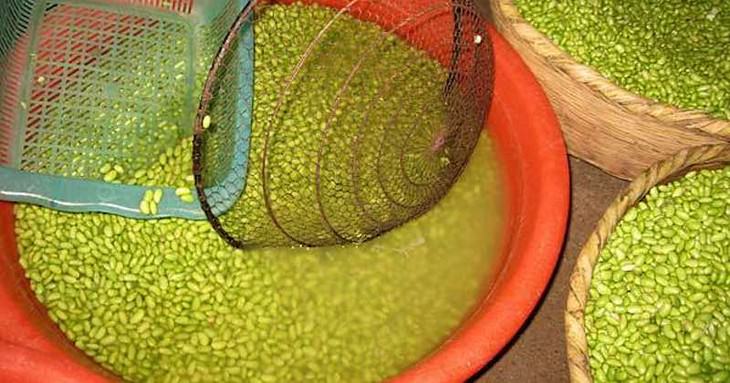 You wouldn?t think it, but in China green peas are often fake. They are made from a combination of snow peas, soy beans, green dye, and metabisulfite. The latter item is actually known to cause cancer and is banned from use on produce. Luckily there are some tell-tale signs of fake peas. When boiled, the water turns green from the food dye, and the peas don?t become soft.
9. Fake Table Salt 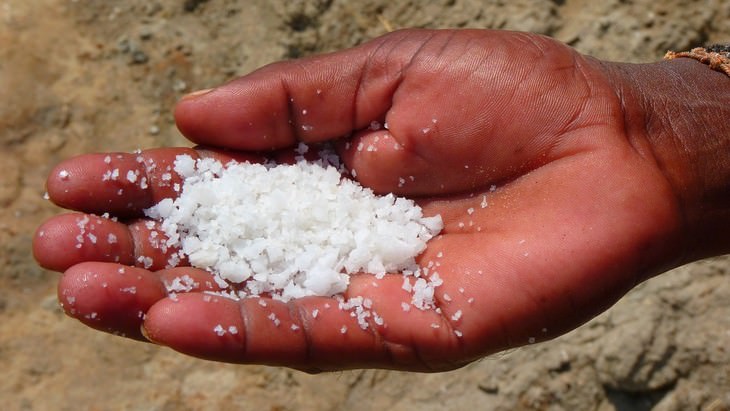 Cheap table salt in China is not actually what it purports to be, at least in some cases. In fact, industrial salt has made its way into the food market in a big way. Never buy salt from China, just in case it contains industrial salt. If you consume this, you are at risk of heart attack or stroke.
10. Altered Ginseng

Ginseng is an extremely popular medicinal and culinary root in China that is sold by weight. To make the ginseng appear heavier, some people have been boiling ginseng in sugar water. Natural ginseng is meant to contain 20% sugar, while fake ginseng may contain up to 70%