CHITRAL: Yet again the usual controversy has erupted whether to observe Eid ul Fitr on Monday or should it be on Tuesday. This phenomenon has continued in Pakistan since it’s birth. The underlying reason for this raucous is the differences between the different religious school of thoughts that prevail in the region. The Barelvis and Deobandi do not like to agree with each other, whenever given a chance. A former Chairman of moon sighting committee was an avowed detractor of the Saudis and would make all his efforts to not allow Eid to be celebrated with them, regardless of any other consideration. 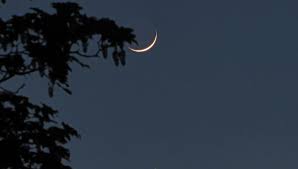 Even within the Deobandi clerics, personal differences have caused divided decisions on when to observe Eid. According to a well known anecdote the meeting at a Charsadda mosque was in progress for moon sighting and declaration of Eid, when a witness came running in and swore he had seen the new moon. The cleric said “announce that it will be Eid tomorrow” but then as an after thought he asked ” hagha bul mula se woiee” (what does the cleric of the neighbouring mosque say) to which the audience replied that the said mulla had already announce Eid. On this the cleric immediately said “bia ba zamoong roja wee” (in that case we will be fasting tomorrow).

The controversy over sighting of moon for both Ramzan and Eid will never end. There are two easy solutions to this problem, if there is a will to solve it.
1. We should leave the decision to the Meteorological and Science ministry to determine the position of moon and announce the dates in advance and have strict punishment for those who do not agree with it, like in most Islamic countries. This way there will be no need for any cleric committees and thus no controversy
2. If at all we have to have a Ruet e Hilal committee meeting, the day it is convened it should accept any witness from any where and declare the verdict accordingly without wasting time. This again will eliminate further arguments and controversies.  It is a well known fact that when religious matters are put to debate, nobody wins.  .. CN report, 02 May 2022