An Ignored problem with Pakistan’s economy

CHITRAL: Pakistan’s economy is in shambles-that we all know. Economic gurus and analysts quote different reasons for the downslide of our financial health. Some blame it on corruption, some on oversizing of the government, some on increasing expenditure on defence, some on reduction in exports and some on increase of imports. All the above are true to a great extent. However one factor is generally overlooked by all experts and analysts, and that is the extravagance that has progressively come in the expenditure on government offices and functionaries , whether it be the armed forces, the judiciary or the beaurocracy. 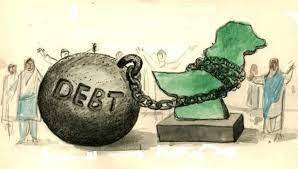 A retired senior armed forces officer talking to CN said when he was in service on a senior rank his office and home were very modest and unpretentious. Now, he said when he visited the office of an officer of the same rank, he was dazed by the splendour and opulence of the office, certainly not a true picture of a debt laden financially drowning country. Similar is the case with offices of the Judiciary and the beaurocracy.

Few decades back a deputy commissioner would have maximum three or four vehicles for operational use. Now such office has many times more at their beck and call including for personal service. From where is all this money coming for lavish overheads of the government? – from loans and debts of course. Who is going to pay these debts doesn’t seem to bother any head of government as they continuously keep increasing the overhead expenditures on governance as if Pakistan is rolling in gold. As a matter of fact we are rolling in debt (aka sh*t) and all those who make policies should for once realise this. .. CN report, 03 Mar, 2022

2 thoughts on “An Ignored problem with Pakistan’s economy”